'You guys decided to kick me out of University because you couldn't handle the beast.'

A hacker who claims to be an angry and recently expelled student at London’s University of Greenwich allegedly decided to take revenge by hacking the school’s website, defacing it, and exposing the private credentials for over 21,000 people involved with the school.

“So due to my elite skills and e-fame, you guys decided to kick me out of University because you couldn’t handle the beast,” the hacker wrote on the school’s defaced website. “In response to this, I’ve used the skills I’ve obtained to show you how good I actually am. Please let me come back? :(“

Bold move for reinstatement, hacker. Let’s see how it plays out. 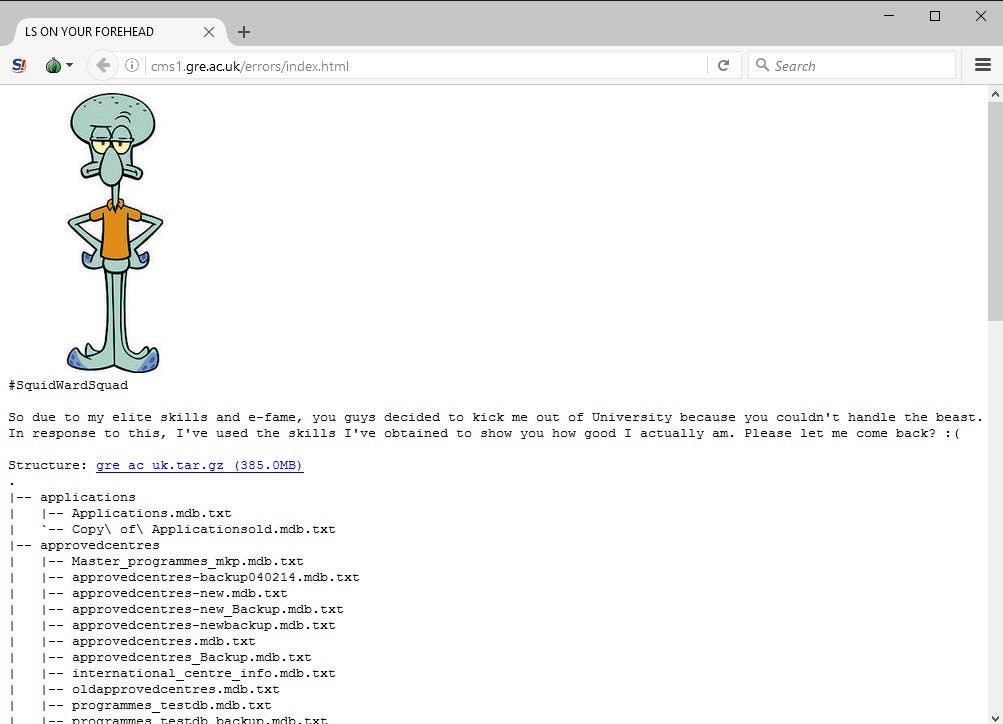 The University of Greenwich has not yet responded to a request for comment. The identity of the hacker remains unknown.

The school’s website was quickly and quietly restored to normal, but the genie cannot be put back in the bottle.

The hacked information, which totals 2.47 GB in size, is now being traded around the internet for free. It includes a trove of internal documents on applications, ethical decisions, and plagiarism.

The breach also details personal data on students and staff, including passwords and “extenuating circumstances” that give stark insight into victims’ personal lives.

This latest attack comes just months after the University of Greenwich was hit by a data breach involving the private data of hundreds of students. Today’s breach is several times the size of February’s hack, after which the school was warned of facing regulatory action for failing to protect its data.

Clarification: It is not yet confirmed whether the hacker’s claim of being an expelled student is accurate. We have updated the headline to better reflect the questionable nature of that claim.