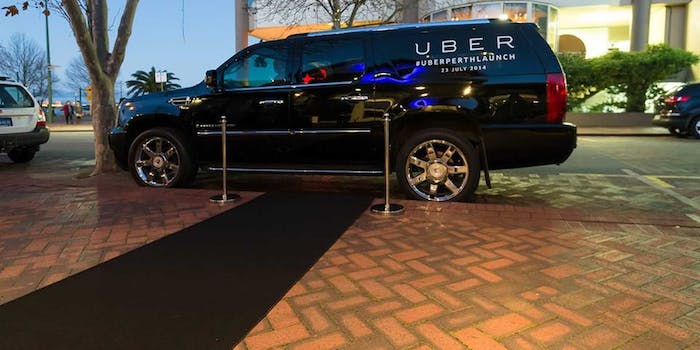 Uber says “best-in-class safety must be a constant quest.”

Following case after case of driver misconduct, the most jarring of which came earlier this month with the alleged rape of a passenger in India, ride-sharing company Uber has made a commitment to ensuring the safety of its riders. Included in the new approach is improved background checks and biometric scans.

In a blog titled “Our Commitment to Safety” posted Wednesday by Uber Global Safety lead Phil Cardenas, the company acknowledged the events in India, referring to them as “tragic” and calling them a reminder that “best-in-class safety must be a constant quest.”

Cardenas, a former military intelligence officer who recently joined the Uber team after leaving Airbnb, stated in the post, “In November, Uber’s safety team began a global review to assess the areas where greater investment is required. As we look to 2015, we will build new safety programs and intensify others.”

An emphasis on evolving technologies is mentioned as part of Uber’s roadmap to improving safety, including “initiating research and development on biometrics and voice verification to build custom tools for enhanced driver screening.” Uber is also working on ways to provide riders with instant communication with Uber and loved ones in case of an emergency.

Uber also claims a commitment to improving background checks. “In many places outside the U.S., the infrastructure and complexity of background checks vary significantly. This is of deep concern to us,” Cardenas writes.

Little in terms of details are provided on this process. Polygraph exams are mentioned, but the rest is rather vague. Cardenas states the company will add its own screening methods atop existing screenings for commercial licenses—a process Uber is currently undertaking in India—while “exploring new ways to screen drivers globally, using scientific analysis and technology to find solutions.”

Uber announced the addition of former Amazon executive Tim Collins to lead the company’s Global Support team and detailed building Safety Incident Response teams “with the goal of providing 24/7, immediate support in the event of a safety incident.”

New training and advisory partnerships are also promised, including “partners that have deep expertise in issues like women’s safety, conflict resolution, and road safety.” The company plans to “incorporate their counsel into our global safety roadmap.” Cardenas says Uber is already working with RAINN to “train various members of our safety and support teams.”

Uber hedges the future processes, making it clear that there is no surefire method to solve all safety concerns. “No background check can predict future behavior and no technology can yet fully prevent bad actions. But our responsibility is to leverage every smart tool at our disposal to set the highest standard in safety we can. We will not shy away from this task,” Cardenas writes.

No timetable is in place for the promised improvements and enhanced methods to ensure rider and driver security.

This announcements comes just as another alleged Uber kidnapping and rape, this time in Boston, is being reported.

H/T the Verge |Photo via Uber/Facebook