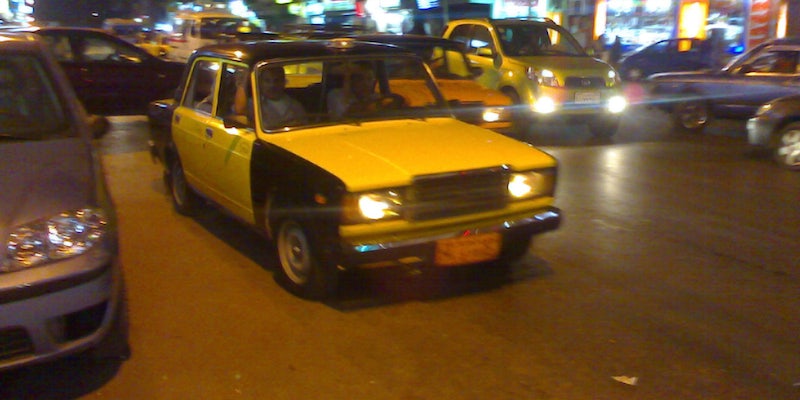 “We’re a technology platform that connects riders and providers, so it’s not our job to investigate.”

Despite storied success, lately Uber has been in the spotlight for all the wrong reasons. Its apparently sub-par vetting system, its hands-off approach to drivers, and its refusal to accept any liability for what is done under its name are certainly risks you sign up for when you use Uber. And some users have found themselves in said risky situations.

1) Daveea Whitmire, a San Francisco Uber driver allegedly assaulted his passenger James Alva and called him a “faggot” in November 2013. It was later revealed by Pando that Whitmire served time for a felony (including drug dealing and misdemeanour battery), and passed the company’s background checks anyway. Whitmire was formally charged this Wednesday.

2) UberX driver Syed Muzaffer was arrested for vehicular manslaughter after killing a six year old girl with his car on New Years Eve in San Francisco of this yeari. Turns out he had a conviction for reckless driving 10 years ago that Uber didn’t pick up on, and the company is now facing a wrongful death suit.

3) Back in March 2013, Uber user Seth Bender was subjected to a homophobic, anti-American tirade before being assaulted—for burping—by his driver.

5) Uber user and writer Bridget Todd was choked by her driver in an apparent racist attack in September 2013. CEO Travis Kalanick’s response to this was to email his press team, raging at the media for believing Uber is “somehow liable for these incidents that aren’t even real in the first place,” and that Uber bears no responsibility in any case: “[We need to] make sure these writers don’t come away thinking we are responsible even when these things do go bad.”

6) Uber driver Tadeusz Szczechowicz was discovered by the Chicago Tribune in February 2014 for past convictions including “felony residential burglary… misdemeanor criminal damage to property… and another misdemeanor for breaking into a 2002 Toyota for a GPS and satellite receiver… a history of speeding tickets and had his licence suspended twice in 2008 for having two moving violations with a 24-month period.” Worryingly, reported the Tribune, “Only the felony conviction… should have disqualified Szczechowicz to be an Uber ride-share driver under the company’s rules.”

7) The Daily Beast’s Olivia Nuzzi wrote about how one of her drivers told her he had stalked and photographed her, and showed her the photos to prove it. Uber gave Nuzzi $20 free credit to say sorry—and revealed it wasn’t the first complaint they’d had about the driver. Disturbingly, the driver then began reaching out to people she knew—and Uber gave her directly contradictory messages when she asked how he knew her full name.

Nuzzi’s article included multiple additional examples sent in by readers of times when Uber drivers had left them feeling unsafe.

8) In March 2014, a Chicago woman sued Uber after one of its drivers refused to follow directions, and harassed and extensively groped her. The driver has been charged with  “negligence, willful and wanton misconduct, battery, intentional infliction of emotional distress and false imprisonment.” Uber will face a case of common carrier liability.

9) In a particularly farcical episode, Hannah Jegart was left without a ride home in April after her Uber driver was arrested mid-ride. (It’s unclear what for.)

10) This week, an Uber driver was arrested, after allegedly kidnapping a drunk woman and taking her to a motel. A police statement said that though there was “no sexual assault,” there was “some fondling through her clothes.”

Throughout this all, Uber has steadfastly maintained that by operating as a platform, it bears no responsibility for its drivers’ actions. It does not hire the drivers itself—they act as independent contractors, and Uber bills itself purely as a service that helps connect these independent contractors with potential clients. “What would you propose that we do?” a spokesperson told Pando when asked about driver misconduct; “we’re a technology platform that connects riders and providers, so it’s not our job to investigate.”

Legally, this defence is very shaky ground, and has yet to be truly tested in a court of law. It’ll take one of the many, many examples of driver misconduct to makes its way all the way through the legal system before anyone can say for sure that Uber’s in the right—or is just an unregulated, unlicensed gypsy-cab company.