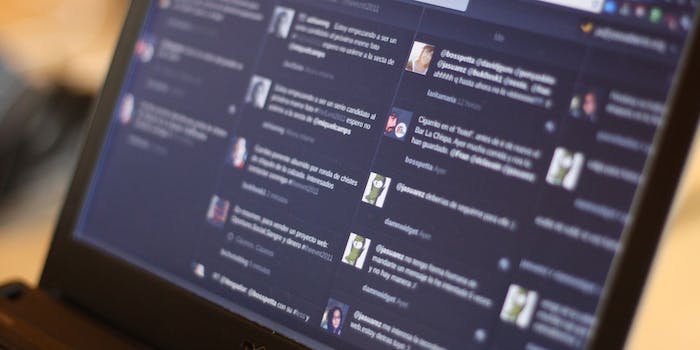 Photo via Pedro Lozano/Flickr (CC BY 2.0)

TweetDeck for Windows users are going to have to take their 140-character messages elsewhere—Twitter is shutting down the popular standalone app for PC and pushing them to the Web.

Starting April 15, Twitter will cut the cord on TweetDeck for Windows. In a blog post, the company explained the decision as a way to “better focus on enhancing your TweetDeck experience.” Apparently the best way to do that is to kill off support for an entire platform.

Windows marks the latest operating system to lose its TweetDeck app—iOS and Android also both got the chop in 2013. At the time, Twitter explained the shutdown by saying, “We think these web and Chrome apps provide the best TweetDeck experience yet, and that they are the apps in which you’ll want to see us add new capabilities first, followed closely by our Mac and PC apps.”

Three years later, and just the Mac and Chrome apps remain. Twitter has given no indication that either of the existing apps will disappear in the near future, but it’s clear the company has decided TweetDeck is best served as a Web-based product.

Twitter has also made the process of signing into TweetDeck on the Web more seamless, adding an automatic login if you’re already signed into your Twitter account. Previously, one would have to log in to both services separately.

Photo via Pedro Lozano/Flickr (CC BY 2.0)