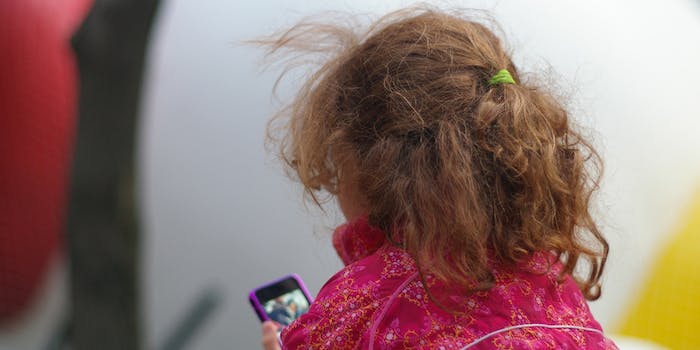 You can now tag people in Twitter photos and upload albums

But now Twitter is stepping on Facebook’s turf: The microblogging site just announced a major update to its photo-sharing feature on mobile. Twitter users can now tag their friends in photos, and they can upload up to four photos at a time. 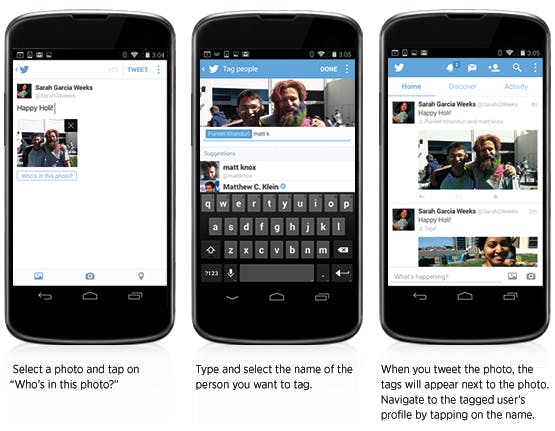 To tag people, users can tap on the uploaded photo to prompt a tagging box. From there, they can type the handle or username of their friends. If someone has a protected Twitter account, they won’t be able to be tagged in photos by default. Users will be able to de-tag themselves if they don’t like the photo. They can also change their privacy settings to only allow tags from people they follow.

Users can see if they’ve been tagged in a photo under Notifications in the Interactions tab.

Unlike what happens when you tweet at another user, tagging people in photos won’t eat into your character limit, and you’re allowed to tag 10 people in a single photo. This may encourage Twitter users who want to start a conversation with their friends to include media, since they’ll be able to tag far more people than they could’ve fit into a single @ reply filled tweet in the past.

Android and Apple users who downloaded the updated version of the app can start tagging their friends today. IPhone owners will be able to start uploading multiple photos right away as well, and the functionality is coming soon to Android and desktop.

Although people do post media to Twitter, it’s not considered an image-first social platform. For photo-sharing, most people primarily use Instagram, or Snapchat if they want to send a private picture. And unless you upload photos using Twitter’s native service, nothing is embedded or shows up in the stream; you have to click out to see the media. The bulked-up photo uploader makes Twitter that much more enticing.

Photo via Flickr/Traci Lawson (CC BY 2.0)