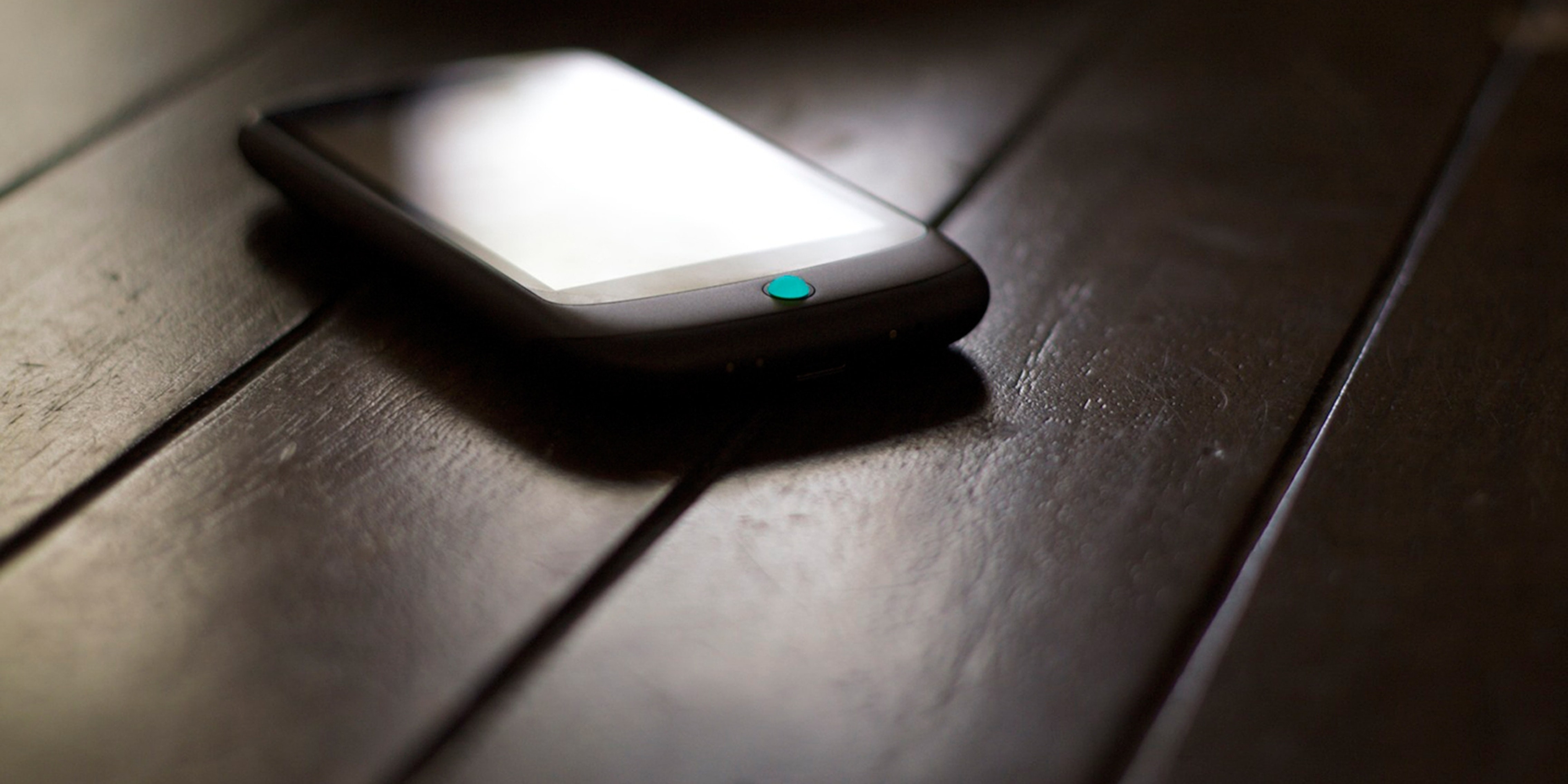 When you abuse alerts, you become the app that cried RT.

For the past week or so, every night, anytime between midnight and 2am, my phone lights up and vibrates against my nightstand.

It’s not a text, a missed call, or an Amber Alert. It’s a social app notification, and lately, more often than not, it’s from Twitter.

I used to have Twitter push notifications entirely turned off, because given my occupation (Internet junkie) I’m logged on often enough that the moment I step away from my computer, I want to step away from everything I use it for. But I reluctantly reenabled Twitter alerts when someone (an angel, really) told me he’d DM me if he ever had extra Blazers tickets. So naturally, the alerts came back on.

At first, I dealt with the normal stuff I was trying to avoid: Notifications for @ mentions, Favs, RTs, and DMs. (When you write all that out, it looks like a post-apocalyptic language.) But then things took a marked turn.

Instead of robotically phrased notifications (X liked your Instagram photo, Y commented on your Facebook status, Z mentioned you in a tweet), the Twitter alerts starting saying things like “@_Cooper and @ej_dickson are talking about #buttflix.” The last two nights, I received a short stream of updates regarding what @socialbakers was tweeting about. For what reason, I’m uncertain, but there they were: four notifications in a row showing me @socialbakers tweets. I follow the handle, but I don’t actively RT or Fav its tweets, so the alerts were beyond me. 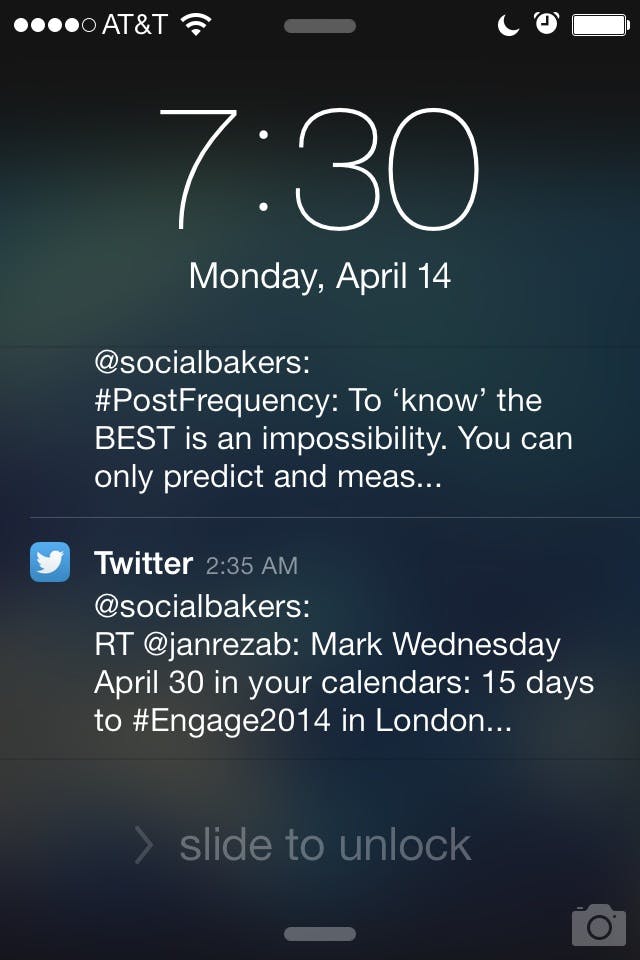 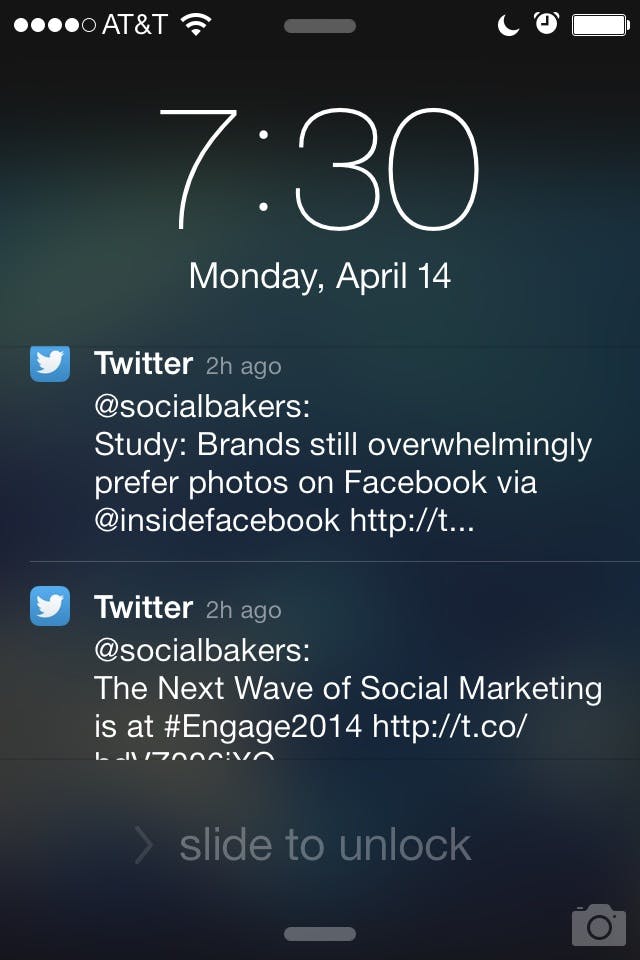 Twitter’s @MagicRecs handle has also gotten more conversational, in a similar way to Twitter’s own notifications have. The purpose of @MagicRecs was to tell you when users you follow start following someone else. It keeps you ingrained and tuned into your ever-changing, growing Twitter network. But now it’s not just sending you magical recommendations about who to follow, it’s also letting you know what people you follow are talking about, seemingly encouraging you to tweet about the same topic (if the “recs” part of it is to be taken seriously).

Twitter is using new words in notifications; whereas the company used to have the very similar “so and so favorited/RTed/mentioned” phrasing, Twitter now includes action words like “join.” It’s obvious why the network is doing this, as BuzzFeed noted: Twitter wants to be our notification center and take up lots of real estate on our homescreens (see its acquisition of lockscreen app Cover). And why shouldn’t it? The homescreen is the first thing we see, and where we spend a lot of time; it’s where we decide what to check and what to ignore. 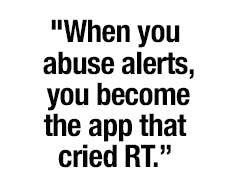 Experimentation is certainly the key to finding a successful strategy, but is this really better?

The 2am alert about what a random handle I don’t particularly interact with? Pass. The unstopping @MagicRec alerts telling me not who to follow, but what to follow? No. “Join”? Please, never.

Social apps have been chided for being too aggressive with the push notifications, ruining their usefulness. Sometimes, these alerts are good, but when you abuse them, you take away from their value. You become the app that cried RT.

I use Twitter when I have the purpose to, and the rest of the time I’m happy to ignore it. I’m not some big time fancy Twitter elite member with a verified badge. For most users (at least 44 percent), Twitter is a chaotic place where you can feel sort of left out, half-heartedly looking through the feed for context. These notifications aren’t going to help the majority: This is a tool for the Twitter 1 percent.

So it’s time I turn my Twitter notifications back off. The app itself will tell me all the things I need to know when I open it. I can find my RTs and mentions, and with my own two eyes, check out the trending hashtags.

And since basketball season is quickly coming to an end, my entire reason for turning them on is nearly gone anyway. Until next year, Twitter push notifications.