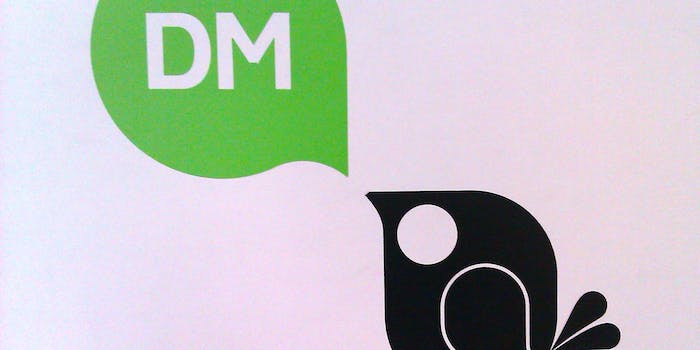 Twitter DMs now feature read receipts, so here’s how to turn them off

Now people know when you see them slide in your DMs.

It’s not uncommon for services to crib ideas from one another, but it’s usually a good idea to copy features people actually like. Twitter missed the memo and adapted the scurge of all messaging apps—read receipts—for its direct messages.

Thanks to a recent update from Twitter, its private messaging feature, where users can take the conversation out of the feed, will now include features that have become the standard fare for messaging apps.

Included in the update is a typing indicator that shows when a user is preparing a message, web link previews, and the dreaded read receipts.

The changes may indicate that Twitter hopes to eventually turn direct messages into a Facebook Messenger-style service. The company has already done away with the character limit for messages sent through the feature, and has slowly been adding features that the service should have had long ago.

One feature no one has ever clamored for, though, is read receipts. The anxiety-causing notification will now appear in direct messages to notify the sender when their message has been read by one person or everyone in a group message.

Luckily, it is possible to opt out of the function—at least for now. Head to the settings menu, find the “security and privacy” tab, scroll down to the “Direct messages” section, and uncheck the box that reads “Send/Receive Read Receipts.” A toggle for the feature can also be found on mobile under the same “security and privacy” menu in the settings.