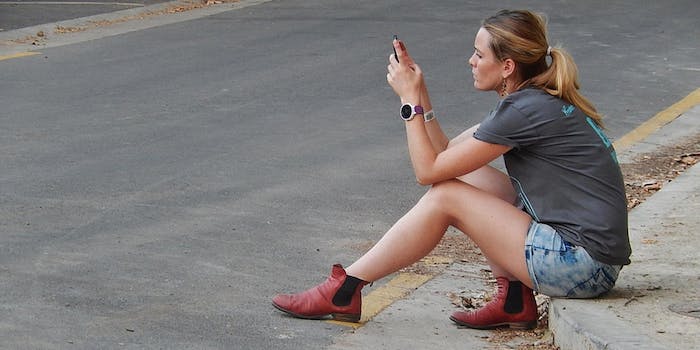 6 features we want out of a premium Tinder

It's hard to incentivize people to pay for something that's already free. Here's what we suggest.

Tinder, the dating app that’s alternately a means to find your beloved or a manifestation of everything terrible about humans, has already announced that it will unveil a paid version of its service for power users. Now we’re finding out more about the service. Little is known about how it will work to merit users shelling out cash for the right to swipe and be swiped, but here’s what we do know so far.

You’ll be able to undo your swipes. When you swipe the opposite direction you intended to—left to dismiss, right to engage—Tinder Plus will let you reverse your action. A feature called “Passport” will let you browse individuals in another zip code ahead of an upcoming trip. You can arrive in a new destination with an app full of matches, having already sorted through locals from the comfort of your own home. It should also come with unlimited swipes.

But we want more: We are not a demographic keen on paying for apps, so if we’re going to pony up the money, it better be packed with features.

To that end, here’s our Tinder Plus wish list.

This is already in a variety of messaging clients. Why not make it available in Tinder too? Sure, people generally hate read receipts, but for Tinder it might be useful. If your messages go unread after a good while, you’ll know it’s probably a dormant account. If they are read and go unreturned, you can take the polite hint that he or she isn’t interested and move on.

Just think of it as talking on the phone without having to share your phone number. It could be a nice way for you and your digital date to take things to the next level before actually meeting in person.

This is an easy thing to implement, so why not? After all, regular Tinder is still free. The company would be wise to make things a little fun for the people spending money on it. Also: Everyone loves emoji flirting.

Maybe tic-tac-toe or Hangman. Get to know your matches in the context of play. Appraise their strategic thinking, then crush them. This only makes the app “stickier,” encouraging users to spend more time inside of it, which is exactly what any good app developer hopes for. Perhaps the Tinder matches that play together stay together?

If you are one of the many who’ve been harassed on Tinder, then you’ll love something that warns you of an oncoming creep. (Adversely, if you are a creep, you will hate this system.) Think of it like Lulu but a little less mean: If you partake in bad Tinder etiquette but nothing so egregious to require reporting, then you get pegged for it visually. We’re talking things like constant messaging, or flakiness. Good behavior can get rid of these marks against you.

Right now, you have to use Facebook to create a Tinder account. There are ways around this, but they aren’t easy. If you’re going to pay, then you should be able to ditch the network your mom uses in order to sign up.

The paid service is set to launch within weeks and is rumored it could cost a whopping $6.99 a month. (Though other reports peg it at $2.99 a month; either way, that is definitely more than “free.”)

For those on a budget, that $6.99 price means one might have to make the choice between Tinder and Netflix, and some people already have very fulfilling relationships with Netflix.