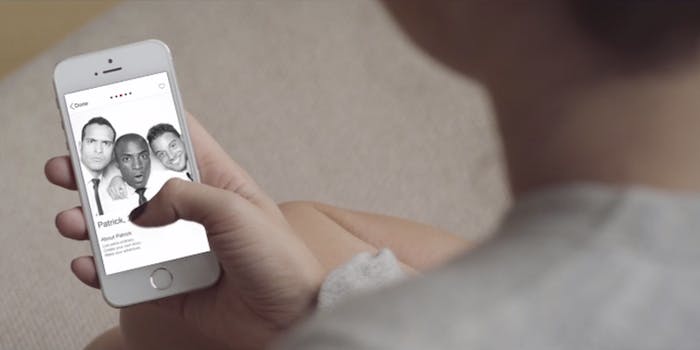 Way more than your life will ever be, that's for dang sure.

Tinder is incredibly popular, to the point where you can probably find your mother, your grandmother, your third-grade teacher, your dog, and possibly an entire kindergarten classroom using the app (obvi you should swipe right on all five of them, because anything other than that would be rude).

Given its enormous user base, it stands to reason that Tinder would be worth a lot of money dollars. But is it worth 5 billion money dollars? According to Bloomberg, the ultimate authority on all things money dollars, yes, it is. (I’m not a financial reporter, y’all, sorry. Buy, sell, bulls, bears. And so on and so forth.)

A recent Bloomberg report says that Tinder is so successful that it’s worth almost as much as its parent corporation, IAC/InterActive Corp., which also owns Match.com. IAC just bought another 10 percent of Tinder shares to the tune of $500 million, which, according to Bloomberg’s math number calculations, values Tinder at nearly $5 billion, which is just shy of IAC’s total $6 billion worth.

Considering Tinder has only been on the market for about 20 months, and has yet to contribute any revenue to IAC to date, this estimate is frankly pretty incredible. It also might be too incredible to be true: In a statement to Business Insider, IAC denied that Tinder was worth that much, with Sam Yagan, the CEO of Match Group, saying “”I can confirm on the record that we did a transaction with Chamath, but this valuation is nowhere near the truth.”

Regardless of Tinder’s actual monetary value, it’s undeniable that the company has experienced staggering growth in the past year or so, with its user base doubling from 5 million daily users to 10 million within the span of just four months. Either way, the next few months could be crucial for Tinder, so let’s just hope the company can get a handle on all those wackadoo Castle Clash bots running around.

H/T The Wire | Screengrab via Tinder