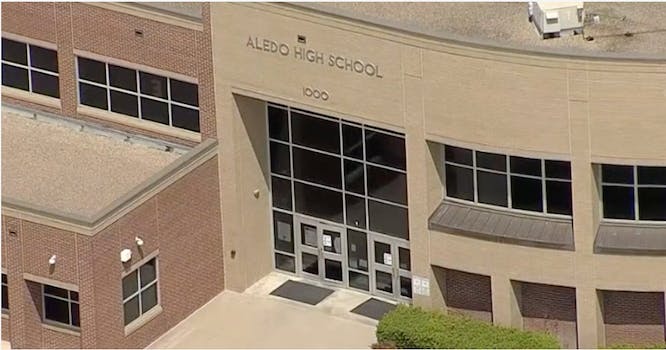 A viral tweet is exposing Snapchat screenshots of Texas high schoolers discussing holding a slave auction with students of color.

White students at Aledo ISD, outside Fort Worth, put prices on other students of color in a group chat called “n***** auction.” The incident supposedly occurred two weeks ago, according to Fox 4, but the screenshot is bringing attention back to racism at the school.

“White students from @AledoISD hosted a slave auction on Snapchat where they sold black classmates for between $1-$100. The racism pouring into our politics, our public safety, our national security is being incubated in our schools,” Merritt tweeted.

In the photo, one student says that another student is worth $1 and “would be better if his hair wasn’t so bad.”

The school explained the incident to parents in an email, describing it as “cyberbullying,” according to NBC, originally ignoring the racial undertones in the game.

“It softens the blow for those that may be uncomfortable with the conversation of racism,” one teacher told NBC, describing the school’s initial response.

Twitter users are blowing up the screenshot as a clear display of racism.

“This is your average men’s groupchat,” one person tweeted.

“Expel them,” another person said.

“Remove the censorship of their names. EXPEL every single participating student. No one cares their parents taught them to be disgusting racists – racism isn’t hereditary. Or if expulsion will damage their perceived prospects in life. Do better: @AledoISD@tedcruz@JohnCornyn,” someone else said.

According to NBC, the school superintendent eventually issued a new statement condemning the racism in the game, saying it had no place in the school district.