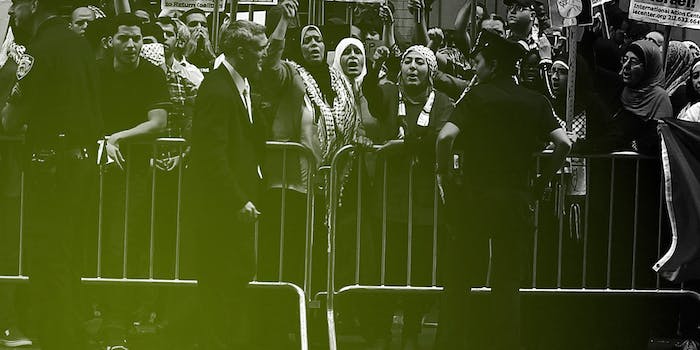 Before ISIS recruited on Twitter, the U.S. worried about jihadists on Myspace

In the fast-moving world of social media, 2008 seems like an eternity ago. That may be why a report created at the behest of the U.S. military by the Urban Warfare Analysis Center, a now-shuttered national security think tank, today reads a little like something out of another world. Or maybe the strangeness is due to the report being about how Second Life is ideal mechanism for converting normal American teenagers into murderous terrorists.

The report, entitled “How a Boy Becomes a Martyr: The Dangers of Web 2.0 Technology,” was originally posted online back in 2010 by Public Intelligence, but it was recently rediscovered by the FOIA masters at MuckRock.

The report tells the fictitious story of how Pete, an angst-filled teenager living in Detroit, is enticed into becoming a suicide bomber through the trifecta of Myspace, radical Islam, and Second Life.

Pete’s downfall beings when, looking for human connections he sorely lacks in real life, he creates a Myspace page. Pete is soon friended by a Lebanese man named Jafar. He becomes intrigued by the radical Islamist philosophy spelled out on Jafar’s page, converts to Islam, and eventually starts interacting with Jafar’s network of friends on Second Life.

Pete’s race is never stated explicitly, but story is clearly showing how the dangers of the Internet can lure innocent white Americans to the dark side—literally.

He created an avatar, which is a computer-generated representation of himself. He makes himself look like someone from the Middle East with dark skin and stylish clothes. He is empowered by his new look.

The problem, the report argues, is that online spaces like Myspace and Second Life are largely un-policed and can easily become platforms used by terrorists to spread their message. That message, when reaching the virtual ears of an impressionable youngster like Pete, can be very attractive.

Since social networking inside Second Life is mostly unregulated and can be largely anonymous, Pete feels comfortable openly expressing his desire to learn more about jihad with his online friends. Some urgently try to dissuade Pete from pursuing it, but others quickly suggest that those avatars ‘lack the courage’ to serve Allah with their whole hearts. Pete thinks to himself that his is not afraid. He also secretly longs for the promise of sexual bliss in heaven sworn to those who support jihad.

As Pete goes gets deeper into the terrorist corner of Second Life, his interest in radical Islam also manifests itself in real life. He meets Jafar’s “brother” at a local fast food restaurant and starts skipping school to hang out with his new, dangerous friends.

Jafar presents Pete with a plan: blow up a nearby professional basketball area during an NBA game. Pete researches the structure of the stadium online to find its weak points. He then straps on a “martyr vest” and blows himself up as part of coordinated plan orchestrated by Jafar.

The report concludes by implying Pete’s theoretical downward spiral into terrorism wasn’t an isolated case, rather it was the inevitable result of a world interconnected through social media.

One week later, Jafar and several associates meet inside Second Life to review all stages of the attack. They study many hours of film footage on police actions provided by national news stations. At the same time, Jafar notices a new avatar in Second Lie that has taken a particular interest in Pete’s story. His MySpace profile that he is a 15-year-old male from California named Tom…

As absurd as the the report might seem, there is a kernel of truth to the story—some of the recent success of the Islamic State (commonly known as ISIS or ISIL) is in its ability to use social media as recruiting devices.

The group, which has taken control over large swaths of Iraq and Syria, is adept at using social networks like Ask.fm and Twitter to spread its message and recruit sympathetic individuals from western nations to its cause.

One eye-catching example is the case of three teenage girls from the U.K. whose Twitter profiles showed extensive communications with Islamic State militants before they traveled to Syria to fight for the group.