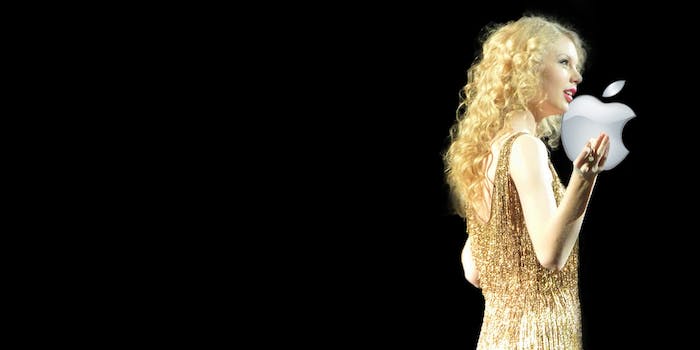 With Beats Music’s technology and the deep record industry knowledge of the Beats executive team folded neatly into Apple’s forthcoming streaming music service, you’d think Apple sort of knew what it was doing.

After failing to secure special treatment with labels, the company moved forward with a plan to drum up consumer interest in Apple Music with a three-month free trial, during which it would withhold royalties payments to labels (and, indirectly, to artists). As the freshly minted legend goes, Taylor Swift prompted a corporate turnaround in record time and everyone listened happily ever after. 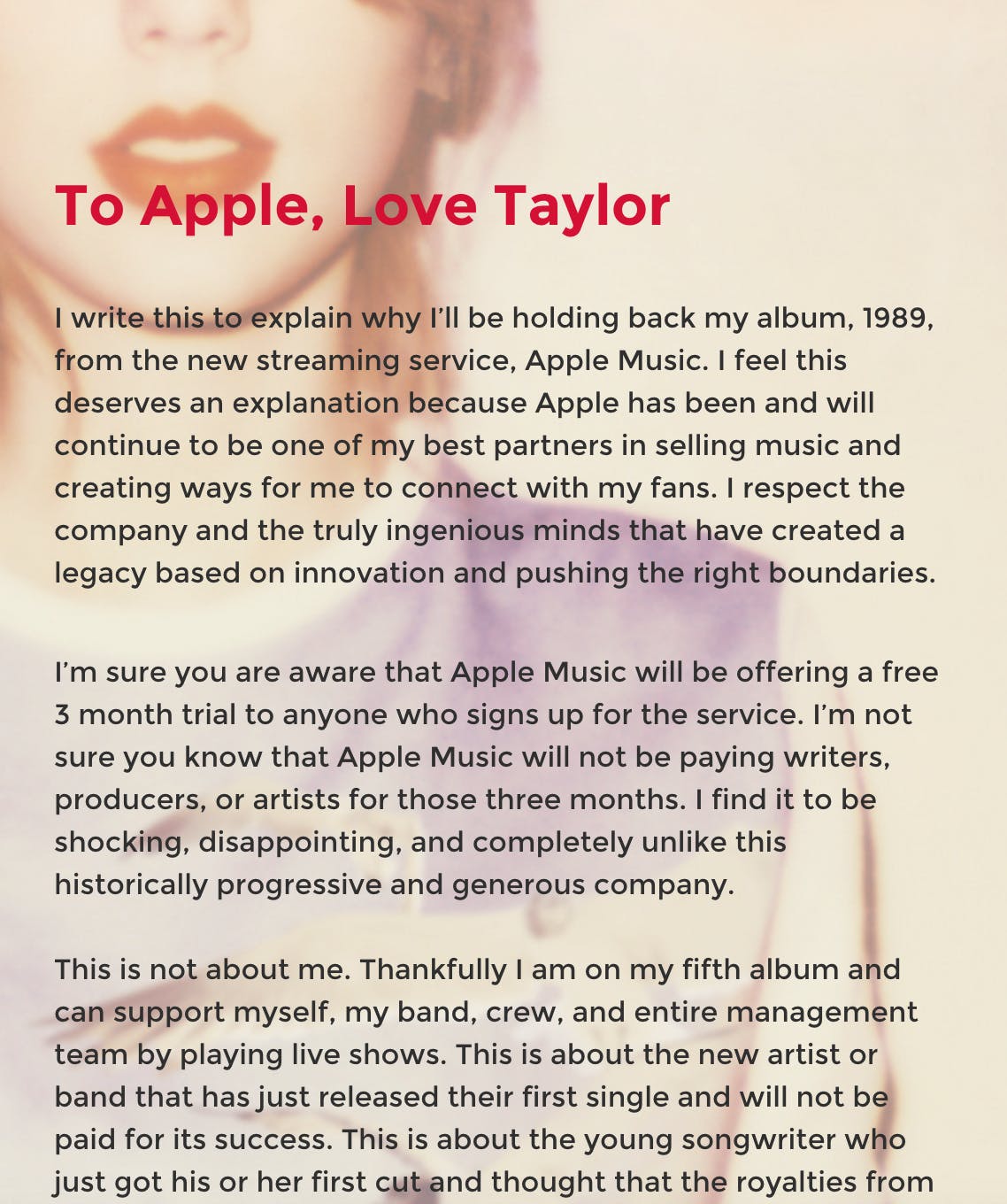 There are a few things going on here. The most glaring question: How was Apple’s plan to hold onto three months worth of royalty payouts even a thing to begin with? Like most music industry dealings, this sort of agreement is opaque by design. The real power brokers—the big three music labels, Universal, Sony, and Warner—stay out of the consumer-facing conversation so that if anything goes south, everyone can blame the technology company ferrying music from the labels to listener’s ears. It keeps the whole conversation tidier. With Tidal‘s rising wave of pseudo-populist artist advocacy, Apple was wise to side with Swift ASAP.

#AppleMusic will pay artist for streaming, even during customer’s free trial period

From the New York Times, what we know of the deal that Swift struck down is that Apple negotiated a three-month free trial for Apple Music during which it would pay no royalties for the music it streamed. To do so, the company cut a deal with labels to pay out 71.5 percent of its subscriber revenue after the three month trial ended. The industry standard is 70 percent. As the New York Times reports, “many record executives, particularly at small labels where margins are thin,” were nervous about this deal, which precluded them from making money on new album launches during the three month trial period.

Naturally, the deal wasn’t exactly designed to please the little guy, but reversing its course doesn’t really change much of anything. Indie labels that choose to play the game are still screwed, just like everyone else. The numbers get smaller and smaller as they trickle down from mega-stars like Taylor Swift to normal people making music.

If only Swift would stand up to the real bad guys: the ones cutting her checks.

Swift’s swipe at Apple might trickle down in the short term to “small labels” with albums due out in the next few months, but make no mistake: the needle didn’t move.

It’s extra ironic then that Swift’s parent label Universal was recently under investigation by the Federal Trade Commission (FTC) for colluding with Apple against Spotify and other services that offer a free streaming tier to attract new potential paid subscribers (Apple Music is paid/premium only). If only Swift would stand up to the real bad guys: the ones cutting her checks.

In light of the great Swift intervention of 2015, Apple will likely revert back to a traditional streaming music deal, paying out the standard 70 percent in its subscription revenues to the labels in exchange for renting their music. It’s worth noting that that extra 1.5 percent would have proven altogether negligible for artists and smaller labels—that kind of margin would only add up for the big three labels themselves, which keep the biggest chunk of royalty payouts for every artist they represent before doling out the rest.

Apple was probably looking forward to tooting its horn about paying more to artists, which mathematically would have been true enough. Labels, mostly unwilling to budge about actually anything, agreed to this deal because they own it all.

For all the hype that Apple might upend the music streaming model and make the damned thing work, that difference shakes out to an extra 1.5 percent in royalties payouts. Streaming services don’t pay musicians directly, they pay labels who in turn divvy the remaining scraps up among the musicians who signed onto the rotten deal to begin with.

Here’s a simplified version of how that breaks down: 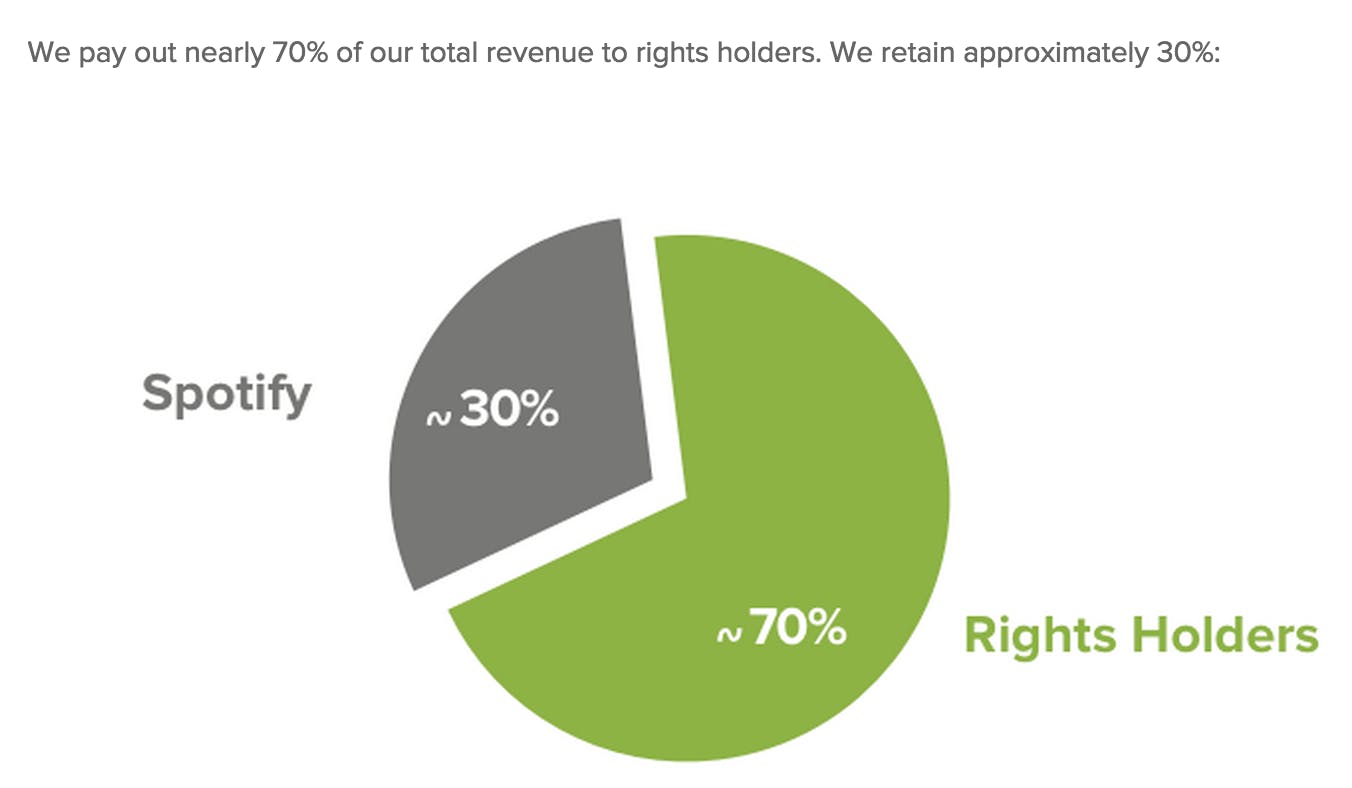 Spotify or Apple or whoever else: 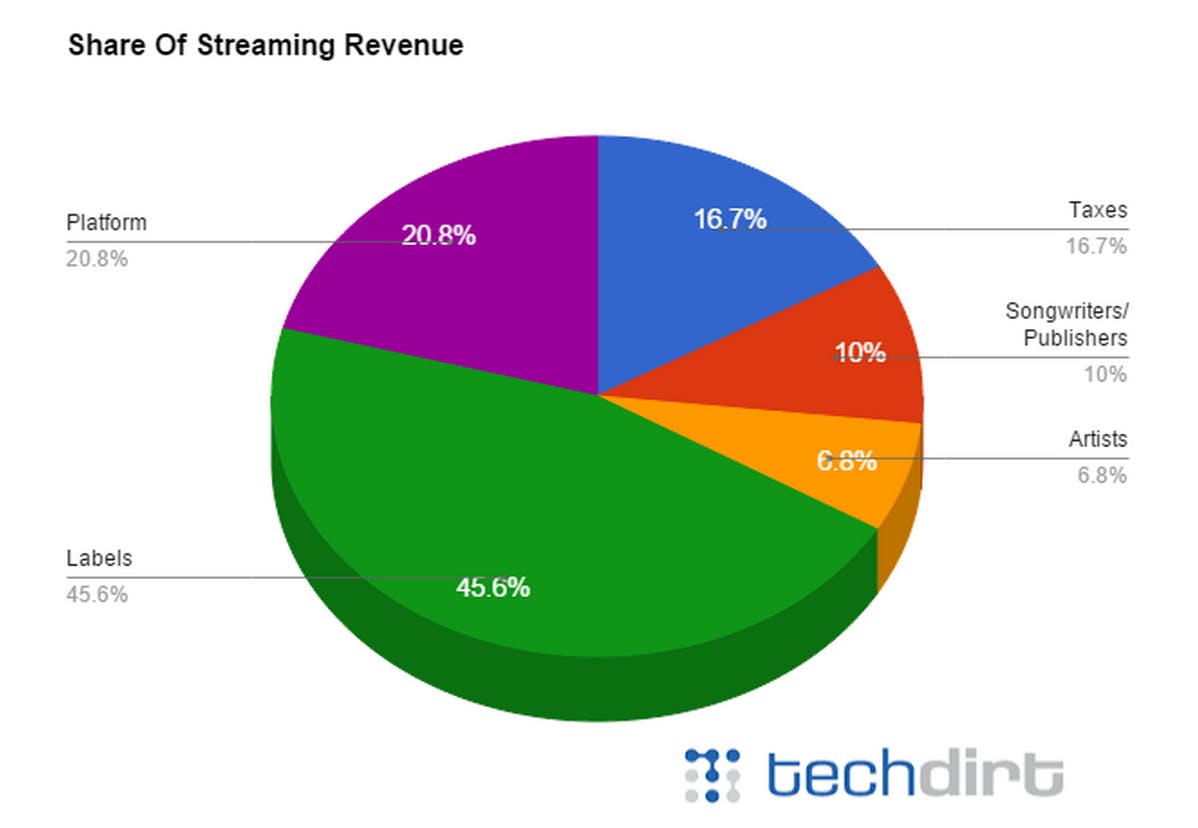 Swift’s Tumblr manifesto and Apple’s subsequent capitulation might be a spiritual win (Pay the artists! Everyone loves music enough to pretend they’re willing to pay for it!). But when you break it down, it’s actually an unsettling confirmation: Not even Apple can shake up an industry committed to a legacy of greed.  Apple and Swift might be friendly again, but Apple generally failed to secure the exclusive star power or sweet deals that could have made Apple Music the final, inevitable solution to the streaming music profit problem. Apple doesn’t stumble often and rarely (if ever?) does so with an apology, so at least that part was interesting.

Photo via oouinoin/Flickr (CC BY 2.0) | Remix by Fernando Alfonso III