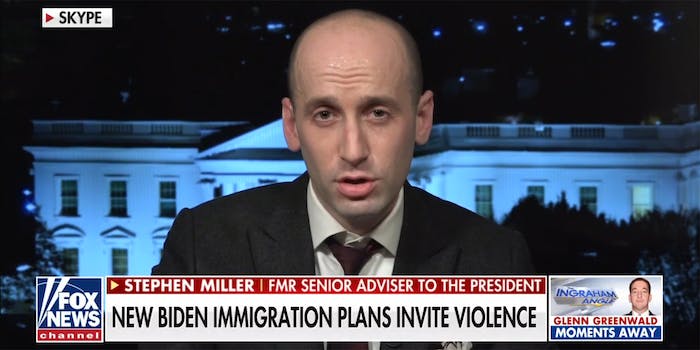 Sweaty Stephen Miller gets memed after railing against immigration

Now that he's no longer a Trump adviser, he's a meme.

While on-air, Miller was equal parts sweaty and disheveled while speaking with host Laura Ingraham.

“Joe Biden gave a speech yesterday about democracy, and then hours later, he suspends hundreds of pages of immigration law with the stroke of a pen. That’s not who we are as a country,” Miller declared.

Miller, who has documented ties to the far-right and white nationalists according to the SPLC, then got memed.

Some of the memes were fire. Literally. Others couldn’t get over the sweat.

Miller getting memed on Fox News comes after launching a personal Instagram account during the last days of Trump’s presidency.