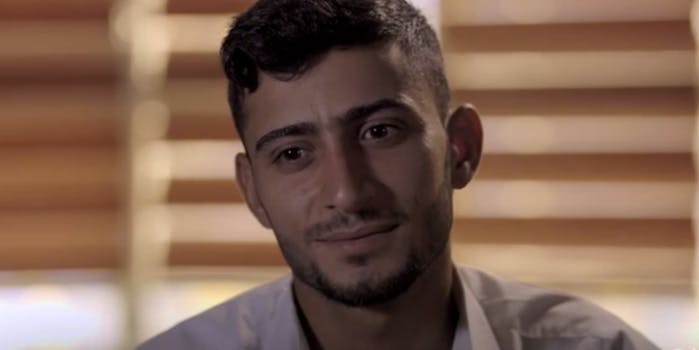 Warning: The video below contains graphic images that may disturb some viewers.

Ali Hussein Kadhim, an Iraqi soldier and a Shiite, was captured with hundreds of other soldiers by Sunni militants in June and taken to the grounds of a palace complex in Tikrit where Saddam Hussein once lived.

The militants, with the Islamic State in Iraq and Syria, separated the men by sect. The Sunnis were allowed to repent for their service to the government. The Shiites were marked for death, and lined up in groups.

As the firing squad shot the first man, blood spurted onto Mr. Kadhim’s face. He remembered seeing a video camera in the hands of another militant.