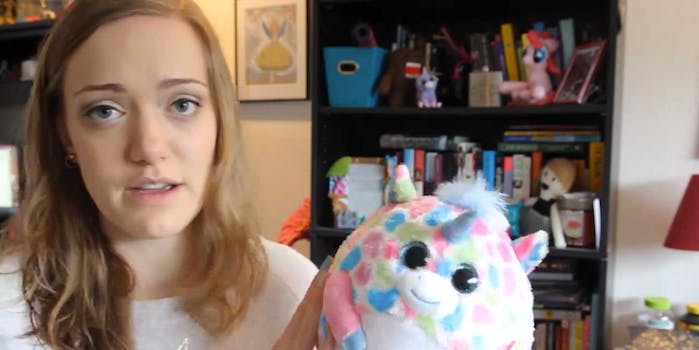 Ad revenue on YouTube is a cruel mistress. Everyone hates rollover ads, and no one wants to wait five seconds for their video to start. In a medium where clicks translate directly to cash, there’s little alternative. Worst of all, very little of the revenue actually goes to the content creators.

After Web comedian Jeff Wysaski, who runs the popular Pleated-Jeans channel, had his AdSense account suspended, his attempts to appeal the suspension (or even contact someone at Google) were unsuccessful.

Jason Calacanis, an entrepreneur who created Weblogs Inc., received funding from YouTube to make original programming. Even though his channels were successful (20 to 30 million views per month and more than 1 million subscribers), he declined the offer for additional funding last month. In short, he was unhappy with the cut that YouTube took and fed up with its lack of marketing support.

“We need a better ecosystem for content creators,” Calacanis wrote in a followup post. “I’m sick of Silicon Valley companies taking advantage of, and dismissing the needs of, content creators.”

He cited Freddie Wong, Ray William Johnson, and Philip DeFranco as examples of YouTubers who looked to venues other than YouTube to make money.

Subblime, which launches publicly on Tuesday, hopes to be one of those venues for content creators.

Subblime is a free online hub that lets YouTube content creators (known as influencers on the site) connect with their fans and share products they’re currently enjoying. The platform serves as a way to answer, “What are you into right now?”

And you can learn more about the people you’re watching on YouTube through their favorite things, according to Subblime CEO Adam Winnick.

“We just see it as a natural curiosity that’s happening on YouTube, and it’s just not that efficient for an audience member to find that thing or find that conversation that’s relegated to the comments section,” Winnick told the Daily Dot. “And we wanted to elevate that conversation and transplant it to a place that’s better for audiences but more importantly, would allow YouTube channels to grow their business and make money from that conversation.”

Upon first glance, the site looks like Pinterest. You can follow (or in this case, “subbscribe”) to a particular YouTuber or company’s page. They post what they like, what they’re listening to or reading, or even certain products featured in a particular video. The site has been in beta prior to the launch, and it counts Kristina Horner, What’s Up ELLE, and Wonderly as some of its earliest users. 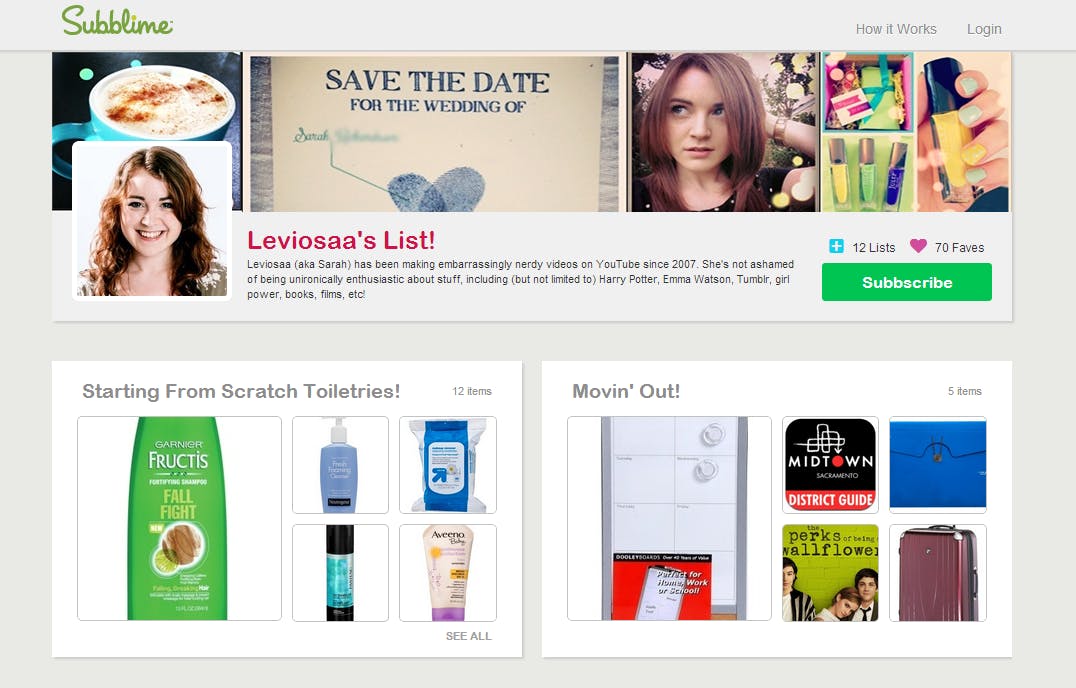 However, from there you can favorite the product or, if you’re interested in obtaining one, you can “get it” just by clicking on a button. That will redirect you to another site, where you can purchase the product for yourself.

Winnick aims to drive community around product and to get a conversation going. The idea originally started with a conversation with a friend who didn’t want to make sponsored videos too often. He wanted to help her grow her business without alienating her audience.

“We wanted to give promise to that conversation, and we thought that was an opportunity to help brands,” he explained.

Early tests showed that audiences were interested in a site that featured favorite things of their favorite YouTubers.

Content creators make money through affiliate product sales (featuring the link on their Subblime page), sponsorships, and other product-driven marketing campaigns such as giveaways.

“It’s people with a lot of influence and authenticity, and they don’t want to make too many videos about product,” Winnick said. “It doesn’t look authentic. They want a separate place to do that.” 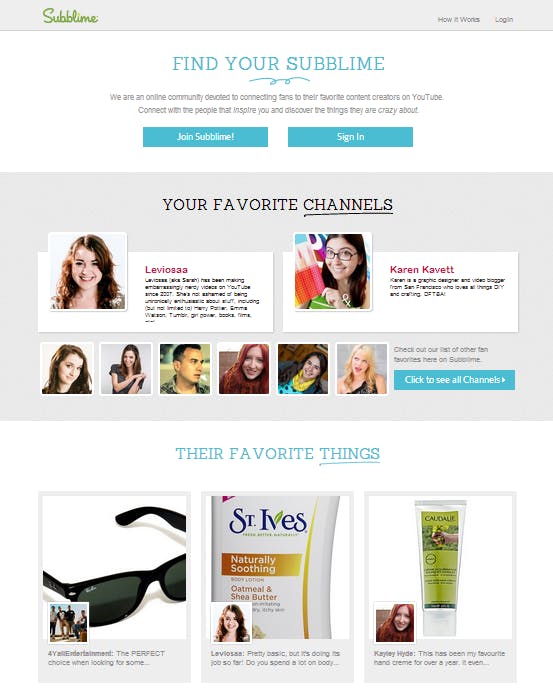