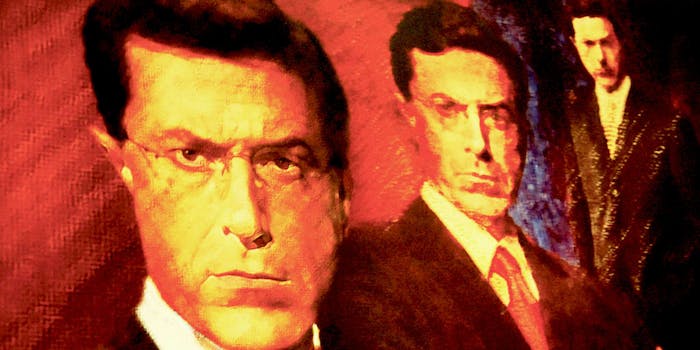 “It shouldn't bother you if you're not hiding anything," Colbert says of NSA spying.

In January, thousands of people signed a petition asking comedian Stephen Colbert to cancel his keynote a speech at a security convention, citing the sponsor’s “love affair with big brother” as the cause. On Friday, Colbert finally delivered the speech at the 2014 RSA Conference, and he had some choice words for both Edward Snowden and the National Security Agency.

An exclusive report by Reuters in December claimed that after receiving a $10 million contract from a U.S. intelligence agency, RSA had intentionally created a back door into their encryption product, BSafe. London’s Guardian newspaper previously revealed the NSA’s attempts at controlling international encryption standards, and their collusion with Internet service providers and tech companies.

According to Fight for the Future, the group that launched the “Stephen Colbert: Are you with us, or the NSA” petition, at least 11 speakers had backed out of the conference at San Francisco’s Moscone Center.

“The elephant in the room is that I was asked not to come speak here,” Colbert told the audience. “That came as something of a shock to me. Normally I’m asked not to be somewhere only after I’ve spoken.”

“Well it’s not actually a check,” He added. “They gave me a bitcoin voucher from Mt. Gox.”

Campaign reform, privacy and Snowden’s future were also topics of Colbert’s speech, and some statements have already drawn criticism. A senior writer for CNET wrote that during the speech Colbert dropped his comedic facade, only to question Reuters credibility, support the U.S. government’s case against Snowden, and suggest that through the election process, American citizens had voted in favor of the Patriot Act.

Funny as hell, but not impressed with stephenathome’s defense the #NSA at #RSAC @ Moscone South http://t.co/xvmvD95VgL

At one point, Colbert instructed Snowden’s supporters to raise their hands, before ridiculing them for trusting “a guy who took top secret intelligence to China, and then to Russia.” Snowden, and journalist Glenn Greenwald, have repeatedly denied the NSA’s files ended up in the hands of foreign governments. Those allegations originated in a New York Times article that cited two anonymous sources who said they “believed” Snowden had passed on the documents to government officials.

“It shouldn’t bother you if you’re not hiding anything, and since you can’t hide anything from the NSA, nothing is bothering you,” Colbert joked.