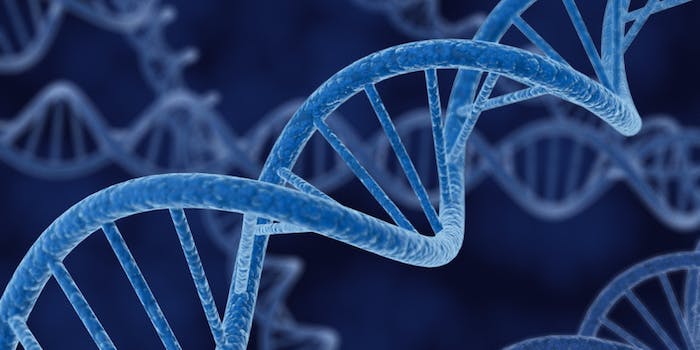 You can help Stanford study Alzheimer’s in your sleep

Researchers there are inviting ordinary computer owners to be part of the world’s largest distributed supercomputer.

Forget about taking the GRE and sucking up to your professors for letters of recommendation. Joining a Stanford University scientific research team just became a whole lot easier.

Researchers there are inviting ordinary computer owners to be part of the world’s largest distributed supercomputer, working toward the goal of eradicating diseases like Alzheimer’s, Huntington’s, Parkinson’s, and numerous forms of cancers.

The project is called [email protected], and its aim is to combine the computing power of hundreds of thousands of home PCs for the task of simulating the process of protein folding—an elemental activity in which proteins assume the necessary shape to carry out certain functions in the human body.

According to researchers like Vijay Pande, the man behind the [email protected] project, the study of protein folding is fundamental to understanding the nature of degenerative diseases like Alzheimer’s and cancer.

“Proteins are the basis of how biology gets things done,” reads the [email protected] website. “As enzymes, they are the driving force behind all of the biochemical reactions that make biology work.”

Understanding how proteins fold builds off of research that has already been done to map the human genome. Pande and his team say this is the next step in understanding the human body at its most elemental level.

But taking on this challenge requires the kind of computing power that no single machine currently in existence is capable of executing—at least not at an economical price. That’s why Pande and his colleagues have taken the novel approach of building a network of computers dedicated to performing the necessary calculations to solve researchers’ problems.

So far, more than 167,000 computers have already volunteered to become part of the program. By downloading and installing the [email protected] software, volunteers allow the Stanford team to use their computer to perform background operations geared toward testing their research hypotheses.

Pande says using a network of computers actually has advantages over a traditional supercomputer.

“It’s still very difficult to get an atomic-level simulation to run on a supercomputer,” Pande writes. “These systems are extremely expensive to build and operate and you never get the supercomputer to use for yourself; you have to share the processors with other researchers.”

The [email protected] project has already yielded a bounty of results. Its website includes links to 114 different papers published using data gathered through the project. But Pande says the project will hopefully have real-world results.

“Once we understand how a protein folds, we can start designing drugs to prevent it from misfolding,” he said. “Computer simulations will be extremely helpful here, allowing us to greatly reduce the time and costs involved in therapeutic drug design.”