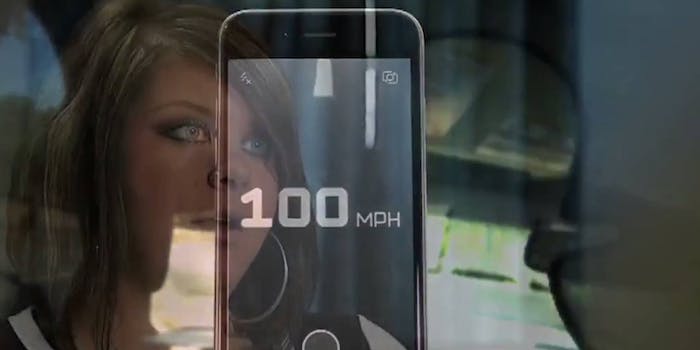 The car was traveling upwards of 100 mph.

Snapchat filters are once again under attack. No, the company didn’t release another racially insensitive filter like the Bob Marley or bindi options that previously faced massive backlash. The social media app is instead facing a lawsuit over its speed filter, which tracks the miles per hour a user is traveling when in use.

Atlanta’s WSB-TV reports that a Georgia family is claiming that the social media company is reportedly responsible for their daughter’s brutal car crash last September. The teen had the app open as she hit speeds in excess of 100 mph before colliding with another car.

A passenger in the vehicle stated that the driver explicitly claimed she was “trying to hit 100 mph and post it on Snapchat.” Though the app does warn its users not to use the speed filter while driving, this tragic incident highlights its risks nonetheless.

In a statement to WSB-TV, a Snapchat spokesperson had this to say about the car crash:

No Snap is more important than someone’s safety. We actively discourage our community from using the speed filter while driving, including by displaying a… warning message in the app itself.

Immediately following the incident, the driver posted a selfie snap depicting her clearly wounded from accident with the words “lucky to be alive” overlaid on her visage.