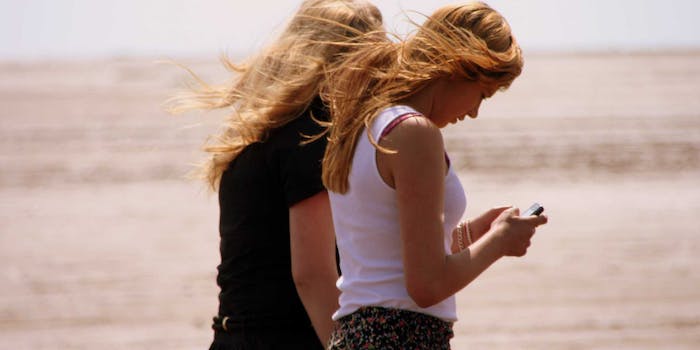 Before we get started, here is a one-minute video of people landing in assorted mishaps because they’re too engrossed in their smartphones:

Before the dawn of smartphones, we all had a much easier time walking around. But now that we need to move and keep our heads craned at an angle to absorb the contents of our smartphone screens, things are infinitely more complicated. We bump into stuff, fall over, and ignore the bear that’s right in front of us.

Never again, says a team of entrepreneurs behind a product called FLiCC.

FLiCC is an iPhone case with an adjustable mirror near the phone’s camera. The camera receives the reflection of the real, external world you’re moving through, then software brings to your screen as live video that you can watch in a box or as an entire transparent background. Thus, there’s no longer a need to look up from your device as you go about daily life. 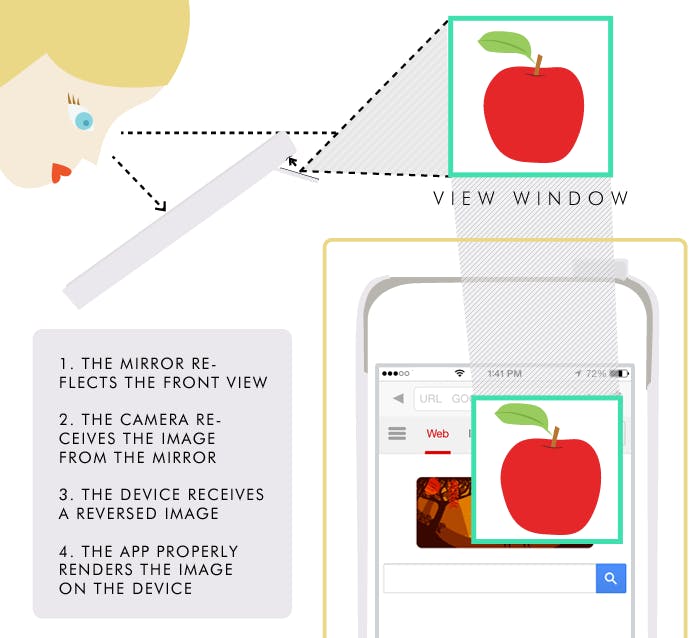 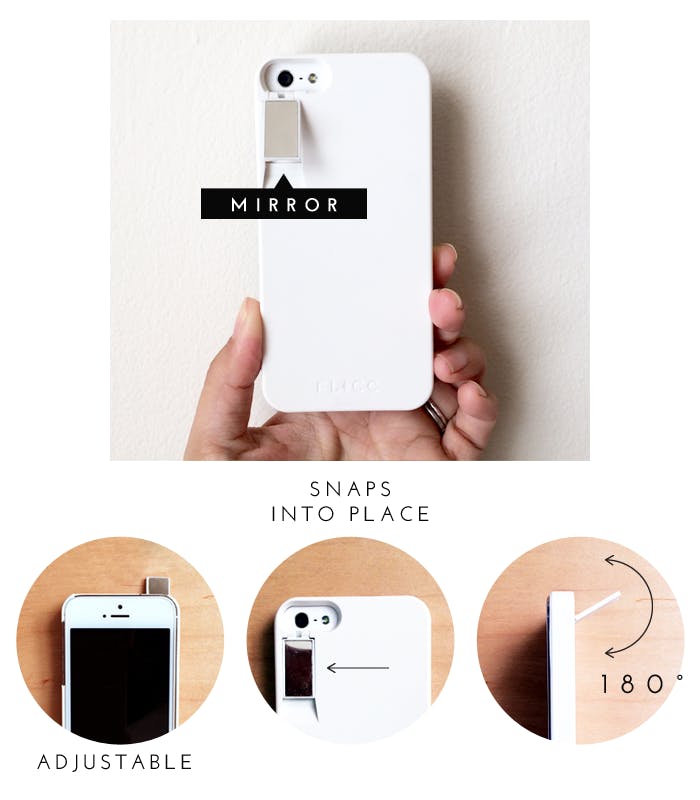 So, you clumsy so-and-so—attach the case to your iPhone, position the mirror to your optimal viewing angle, and walk around without regard for anything around you. Now you can return emails while making a phone call while walking down the boardwalk at the beach. The future!

We’re skeptical that anyone will actually use this, but the creators at least have a noble goal in mind. Their mission is not to have people use FLiCC all the time, but in those moments where you have to walk just long enough that you can get a few tasks done on the way to your destination. The idea is that those otherwise waisted moments will add up in the long run.

We always encourage users to stay focused and not to multitask as much as possible, but we hope that all those “little” minutes spent using FLiCC will add up at the end of the day. We believe that by saving all those minutes, it can definitely mean a lot – maybe just by doing nothing. In the busy world we live in, we need to make an effort to bring sanity to this madness.

You can read more at the company’s site or back them on Kickstarter.

Photo via comedy_nose/Flickr (CC BY 2.0)