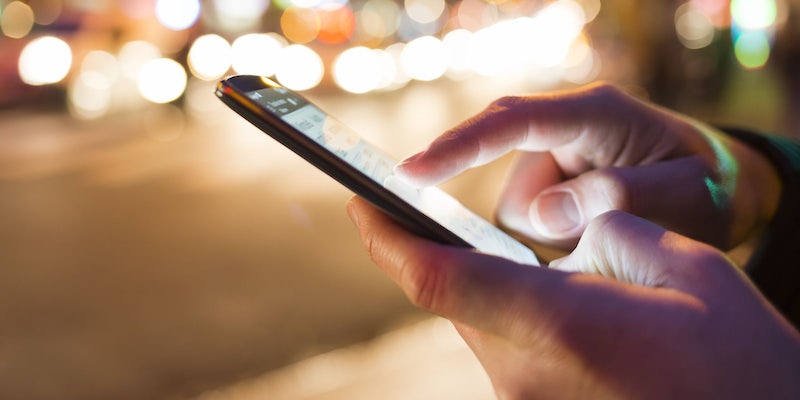 Why don’t people use Siri in public? Researchers think they have an answer

One study shows we're reluctant to talk to bots in public.

Tech companies want us talking to our phones through personal assistants like Siri, Cortana, and Google Now, but apparently we aren’t fully ready to embrace the tech, at least in public. People are wary of talking to personal assistants outside of their homes and cars, according to a study from market research firm Creative Strategies. But why is that?

The study looked at 500 smartphone customers in the U.S. and broke down the use of voice assistants by ecosystem. Most people have used Siri or Google Now on their iPhones and Androids—just two percent and four percent, respectively, have not. But 70 percent of iPhone owners and 62 percent of Android owners use the tech only rarely or sometimes.

Data shows that most of these digital assistant interactions happen in private. Of people who use voice assistants, 39 percent use them at home and 51 percent in the car. It makes sense to go hands-free in private situations, but in public, people are much more reluctant to talk to their devices.

iPhone owners use Siri in public just three percent of the time. For Android, that number is a bit higher, at 12 percent. Researchers said that of the total number of consumers who said they’d never used a voice assistant, 20 percent avoided the tech because “they feel uncomfortable talking to their technology, especially in public.”

We talk on the phone in public all the time, and yet talking to our machines feels different. That discomfort isn’t unique to mobile personal assistants; humans felt similar when they first started talking to machines.

ELIZA, the first chatbot program developed in the 1960s, was a confidant of many conversations. One well-known anecdote describes Joseph Weizenbaum, ELIZA’s creator, coming across his secretary talking to the bot. She asks him to leave because she doesn’t feel comfortable talking to the machine with him in the room.

Personal tech assistants are still relatively limited in their usefulness, despite companies’ efforts to put them on all our devices. Echo, Amazon’s in-home assistant that uses Alexa, is arguably the most useful, when compared to Siri or Google Now or Microsoft’s Cortana.

Perhaps when these services become smarter, and we don’t have to repeat our inquiry five times before getting an adequate response from Siri, we’ll be more inclined to use them where people might see us. Until then, we’ll keep our interactions with the bots that live on our phones to ourselves.