If science fiction this would be a nightmare, but in reality it's just an adorable leap forward in robotics technology.

Sea slugs are disgusting little wonders of the oceans, but thanks to researchers at Case Western Reserve University now they’re also a part of a new advancement in robotics. Researchers have built a robot using sea slug muscles, and a 3D-printer to create a flexible polymer exoskeleton. At just under two inches long this little biological-robot hybrid is adorable solution to one of problems plaguing small scale robotics design. Namely actuators. 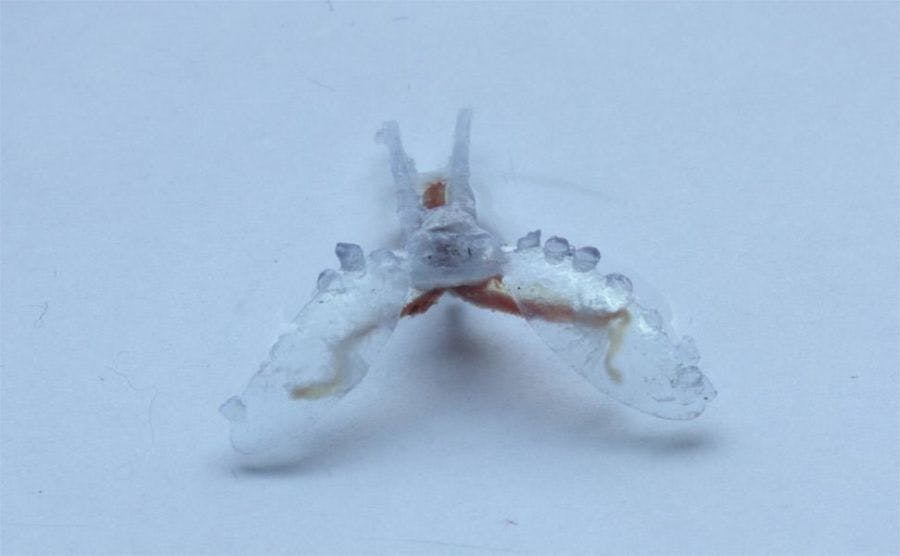 According to a statement by Victoria Webster, a PhD student leading the the research team, “One of the problems with traditional robotics, especially on the small scale, is that actuators—the units that provide movement—tend to be rigid. Muscle cells are compliant and also carry their own fuel source—nutrients in the medium around them. Because they’re soft, they’re safer for operations than nuts-and-bolts actuators and have a much higher power-to-weight ratio.”

At the moment the robot is very slow, able to move just four millimeters per minute, but an upgraded model is on the way that will utilize the sea slugs’ ganglia, a structure of nerve clusters. According to Webster, “With the ganglia, the muscle is capable of much more complex movement, compared to using a man-made control, and it’s capable of learning.”

In addition the lab is working to build the robot’s exoskeleton from the organic collagen from the slug’s own skin rather than using a 3D-printed shell. Their ultimate goal is to create a completely organic robot, one that wouldn’t pollute if it was lost or harm animals if it was eaten. While they’re still a ways away from that goal the idea of a fully genetic robot is no longer just a dream from a science fiction novel. Soon it could be our reality.