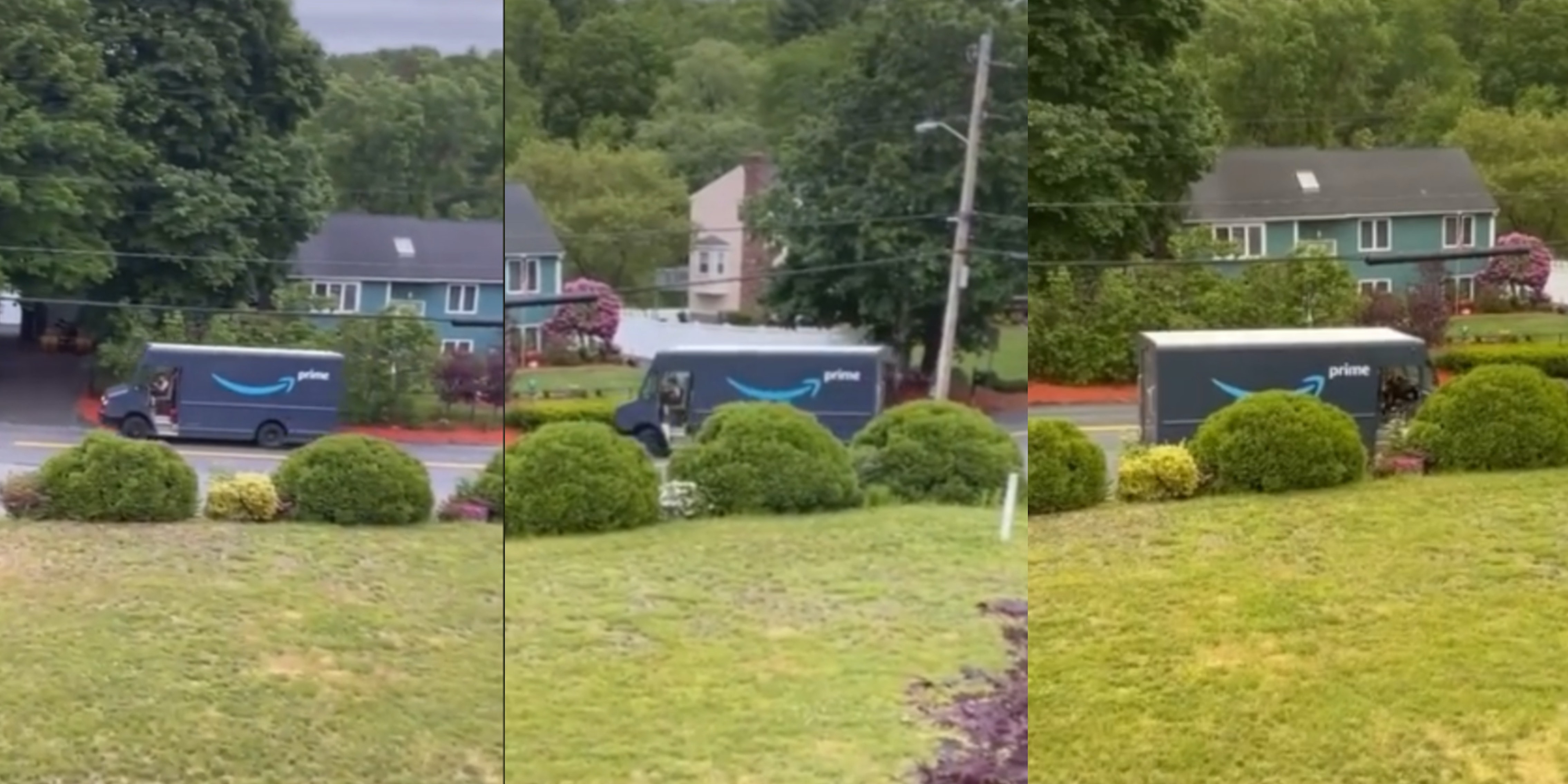 ‘Something is broken in America’: People feel sorry for Amazon driver caught screaming from truck

While some commenters joked about the video, others were more sympathetic to the driver's apparent distress.

A TikTok video trending on Reddit shows an Amazon driver screaming as he drives away in his truck, prompting one commenter to say, “Something is wrong in America.”

The video was initially posted to TikTok by Kristina Danielle Zagwyn (@kristinadaniellez) and later reposted to Reddit’s popular r/PublicFreakout page by u/prismacolorful. The caption on the TikTok video reads: “Tell me you had bad day without telling me you had a bad day #amazon #hopeheisok”

Zagwyn recorded the Amazon driver in his truck, screaming at the top of his lungs as he makes his way down the street.

Zagwyn says she and her husband “tried to help him but he wasn’t having it.” She also says there’s more to the video and that she would post an update in the near future.

While some commenters joked about the video, others were more sympathetic to the driver’s apparent distress.

One TikTok commenter said they felt the driver’s pain as a former UPS truck driver, claiming they “would routinely get to the end of my route and find a package that was buried and I missed the drop. I get it.”

“When being [overworked[ and [underpaid] reaches a boing point,” another said.

There were similar sentiments on Reddit, with one proclaiming that “something is broken in America.”

The working conditions of Amazon workers have been a subject of interest in the U.S., especially in recent months, even prompting CEO Jeff Bezos to defend the conditions in a letter to shareholders in 2020.

“Probably the stress of being overworked for months finally catching up to the guy. I wouldn’t be surprised if he was nearly done with his route when the Amazon hub called him and, ‘asked’ if he could deliver another 50 packages,” u/Mrxcman92 wrote.