In a somewhat head-scratching move that has many Twitter users pointing and laughing, an official Russian Twitter account has offered up a screenshot from a classic strategy game as evidence of extremist activity. 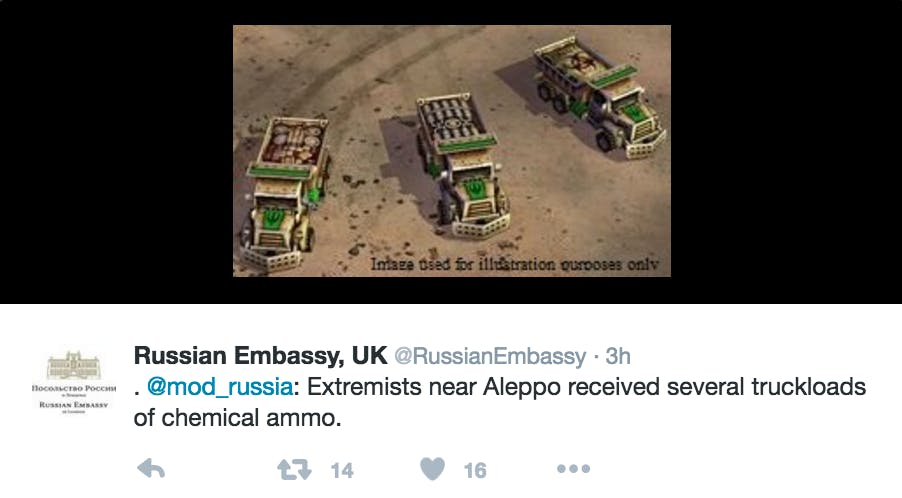 Twitter has long been a forum for organizations the world over to post relevant information, and foreign governments are no exception. The U.K. Russian Embassy Twitter account frequently posts news about the country’s entertainment scene and holidays, as well as military movements, conflicts, and government affairs.

The news blurbs and links are typically accompanied by a photo relevant to the topic at hand, providing some additional context and color to the story. But in a tweet claiming that an extremist group had just received “truckloads of chemical ammo,” the accompanying image was a screenshot from the 2003 strategy game Command & Conquer: Generals. 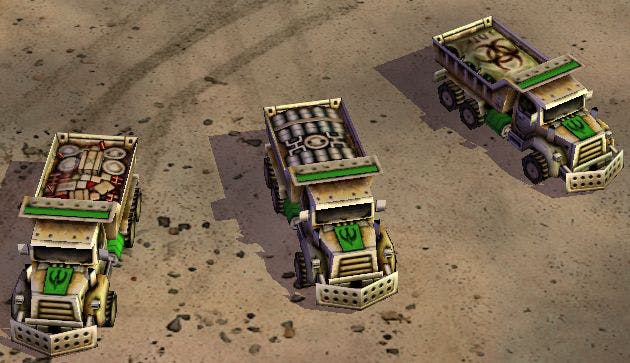 A second official Russian Twitter account, this time for the country’s Defense Ministry, was also tagged in the tweet, though the video game screenshot doesn’t appear to have originated there. The image in the tweet has a blurry text note on it which reads “For illustration purposes only,” though using video game imagery to illustrate the actions of an extremist group seems somewhat extreme all on its own.

Predictably, there are plenty of Twitter users who have having fun with it:

Of course, @RussianEmbassy is the same Twitter account which, an hour before tweeting the Command & Conquer image, posted a strong condemnation of nazism accompanied by a photo of zombies from the horror flick Dead Snow: 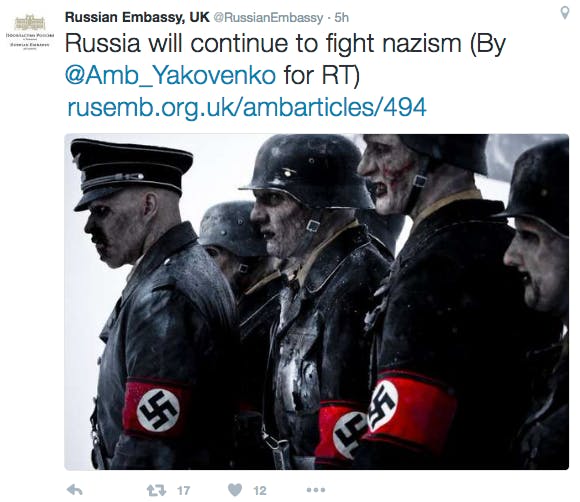