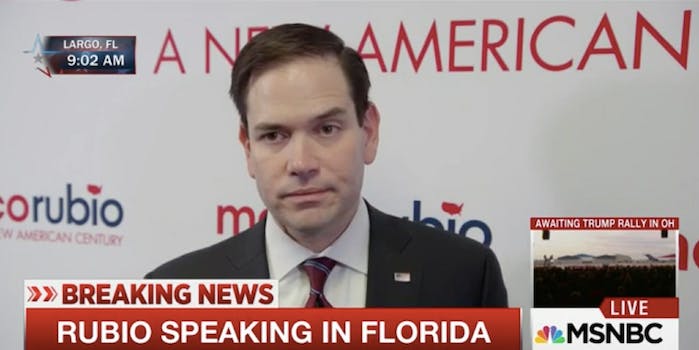 The reality of a Donald Trump Republican party nomination is setting in for Marco Rubio.

When asked if he would support Trump if he was the nominee, an exasperated Rubio struggled to answer the question.

.@MarcoRubio: I still intend to support the Republican nominee "but it's getting harder every day." https://t.co/4rEnEzqKqC

“I don’t know,” Rubio said. “I already talked about the fact that I think Hillary Clinton would be terrible for this country. The fact that you’re even asking me that question, um, I still at this moment intend to support the Republican nominee. But, getting harder every day.”

Update 11:41am CT, March 12: Rubio apparently waffled when asked again about the possibility of backing Trump.