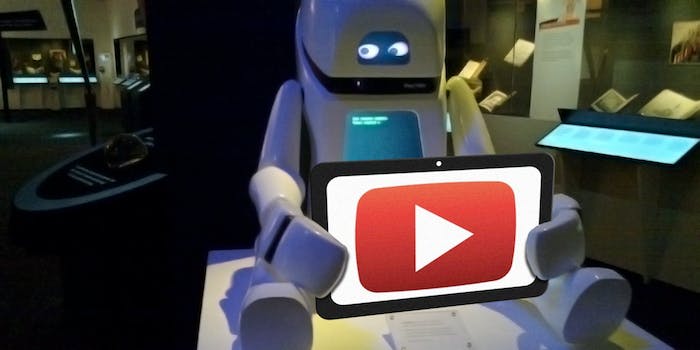 All that time spent watching YouTube videos can definitely teach you something, especially if you’re a robot.

Scientiests at Cornell are using the video platform as a learning tool for robots looking to learn about the daily life of humans. “Robo Brain,” the database created by visiting researcher Aditya Jami, can teach robots how to function when encountering new situations in the wild.

“Our laptops and cellphones have access to all the information we want,” explained Ashutosh Saxena, an assistant professor of computer science, in the Cornell Chronicle. “If a robot encounters a situation it hasn’t seen before, it can query Robo Brain in the cloud.”

The brain went online in July, accessing a billion images, 120,000 YouTube videos, and 100 million how-to manuals, according to the Washington Post. Recent lessons include how the handle of a hole puncher works and ways in which an orange can be grasped. The robots can also learn how to interact with humans in various environments: One robot that learned not to cross in front of the television, even if that was the most direct path, to minimize human discomfort.