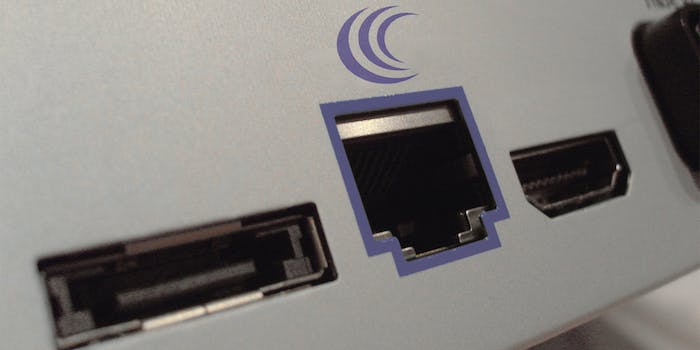 Meet RightsCorp, the anti-piracy company that can kick you off the Internet

"The FBI should be going after these guys on racketeering charges."

A small, independent anti-piracy firm—you could call it “boutique”—has quietly surged to the front of its industry, is directly responsible for getting hundreds of users being disconnected from the Internet, and is calmly collecting settlement funds from tens of thousands of users.

RightsCorp, founded in 2011, is, by its own claim, the new “leading provider of monetization services for artists and holders of copyrighted Intellectual Property.” On the surface, they’re nothing new under the sun: There’s a long history of independent firms, often headed by an entrepreneurial copyright lawyer, agreeing to be a bully on behalf of a handful of music or movie studios.

Though RightsCorp hasn’t reinvented the wheel, however, it very well may the most severe, widespread anti-piracy firm yet.

In a sense, RightsCorp’s business is the natural extension of the U.S.’s law on online copyright, the Digital Millenium Copyright Act of 1988, best known as the DMCA. (If it strikes you as antiquated that a law from 1988 governs how the U.S. treats a sizeable chunk of the Internet, you’re not alone.) Long gone are the days in which the music industry formally sued people for the maximum damages for each pirated song, like Joel Tenenbaum, who still owes $675,000 for pirating 30 songs in 2002.

Instead, RightsCorp works with a two-pronged attack. If their software catches someone pirating on a peer-to-peer program like BitTorrent—and that’s pretty common for users who don’t take steps to hide their identity—RightsCorp will, on behalf of the music or movie company they represent, send a little letter that says, essentially: You’ve been caught pirating. But if you pay $20, we’ll forgive you.

“When you torrent a file, we see it. For lack of a better description, we capture a red light photo of the transaction. We send your Internet service provider a notice,” RightsCorp founder Christopher Sabec, a former music manager and entertainment lawyer, described to the Daily Dot in a phone interview.

Alleged pirates get a notice from RightsCorp that they’ve been caught, but that these specific charges will be dropped if they pay $20, a fee split with the firm and whichever company owns the copyright.

This tactic is, shall we say, controversial.

“RightsCorp is definitely doing something new and troubling here,” Parker Higgins, an activist at the Electronic Frontier Foundation, told the Daily Dot.

Aram Sinnreich, professor of media and journalism at Rutgers University and author of The Piracy Crusade, agreed. “A $20 ticket makes it seem like it’s legitimate, like it’s running a red light or carrying  a small quantity of contraband,” he said. However, he added, it can be a slippery slope:

“But these aren’t tickets in the sense that we usually use the term because they’re not really statutorily sanctioned. This is much more of shakedown. There’s no law saying that somebody needs to pay $20 if they’re suspected of infringing copyright. It’s just sort of cherry-picking people who don’t have adequate funds or representation or expertise, and shaking them down for such a small amount of money that they’re likely to say yes. It’s the kind of thing that the mafia’s been doing for hundreds, if not thousands of years.”

RightsCorp only began issuing large numbers of successful copyright notices in the past year, Sabec said, and in the past six months in particular. In May, the company announced it had settled 75,000 cases in its existence, and each of those either related to a $20 ticket or a user who had been disconnected and was begging to be let back on, Sabec said.

More impressive, though, is that 15,000 of those settlements came in the last two months of its existence, meaning it accepted roughly $300,000 from alleged pirates in that period. Sabec said that while he didn’t have more recent figures, business had been similarly rising in June and so far in July.

Sabec also refused to divulge numbers on how many users had been disconnected, but indicated the number is at least in the hundreds, and perhaps the thousands. As noted by TorrentFreak, RightsCorp has deals with 140 different American ISPs—most of them small, but some among the ten biggest in the country, Sabec said—and has convinced the majority to terminate the accounts of people RightsCorp identifies as repeat copyright infringers.

“Every single day, our call center lights up with people who have been disconnected,” Sabec says. “That’s our hammer.”

Sabec prefers calling them “disconnections,” even though the law calls it “termination,” because if a user can settle with his company, she can be reinstated online.

“[The DMCA] is vague, and it hasn’t really been litigated and thoughtfully defined, but it is there, and it’s the law of the land,” Sabec said.

“It’s ‘hey ISPs, you have 315 customers who have been been actively and repeatedly infringing our content, and we want you to take action, we want you to terminate them as the law says.’ That’s what we’ve been able to do.”

Literally speaking, Sabec is right: That practice, hard as it may be to swallow, is explicitly allowed by the DMCA. But this “hammer,” as Sabec calls it, is rarely swung with such frequency.

Disconnection “is historically very uncommon in the U.S.,” Sinnreich said, and given how hard they make it for regular customers to leave for other providers, it’s likely the case that few ISPs want to cut their customers off completely, or to develop a reputation for doing so. But the language is right there in the law. In fact, ISPs are only granted liability from their customers’ copyright infringement if they have “a policy that provides for the termination in appropriate circumstances of subscribers and account holders of the service provider’s system or network who are repeat infringers.”

Options are limited for users who get a RightsCorp infringement notice. They can just pay it, of course—and Sabec stressed only accounts repeatedly flagged for piracy were terminated. They can try to challenge it in court, though as Ars Technica has reported, those notices threaten lawsuits of up to $150,000. They can take pains to hide their Internet protocol (IP) address, as one would to hide from the Copyright Alert System.

(Note: The Daily Dot isn’t giving anyone legal advice here, and while Sabec said customers are identified by their IP address, we’re certainly not promising that taking pains to hide yours will absolve you of anything.)

Or they can hope somebody takes up the cause for the common people. As Sinnerich said:

“The FBI should be going after these guys on racketeering charges. It’s disgusting. I hate to depart from my usually more relaxed tone, but this is the kind of situation [that] copyright law in its current problematic form enables. It would be one thing if there were some kind of federal law saying if you’re caught infringing you should pay $20 and these guys were registered with the copyright office to act as agents on their behalf. But no. These guys are entirely private, entrepreneurial shakedown arts who are using tenuous 3rd party claims of intellectual property ownership to squeeze more money out of people.”

Though RightsCorp currently only operates in the U.S., it’s looking to increase its range of operations to the Philippines and Canada, Sabec said, and “is in the early stages” of expanding to China, Russia, and Thailand. The company, which went public in October, reported a 284 percent increase in revenues from the quarter ending March 14, 2014, a total of $188,933. And unless something changes, that number is going to keep growing.

Photo via DeclanTM/Flickr (CC By 2.0) | Remix by Fernando Alfonso III