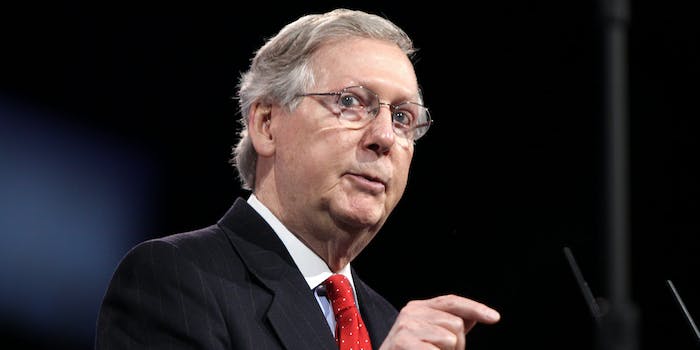 The Republican effort to repeal the Affordable Care Act without replacing it with another healthcare law appears as if it has already collapsed—at least for now.

The plan, which came immediately after the Republican plan to replace former President Barack Obama’s healthcare law also fell apart, appears doomed after several Republican senators said they would vote against a procedural measure that would repeal the law without replacing it.

Sens. Lisa Murkowski (R-Alaska), Shelley Moore Capito (R-W.V.) and Susan Collins (R-M.E.) all publicly said they would vote against any motion to repeal the Affordable Care Act without a replacement plan. Sen. John McCain (R-A.Z.) is recovering from a medical procedure and unable to vote, leaving the Republicans without the necessary votes to move forward.

President Donald Trump reacted to the news by saying Republicans—who were unable to come together and create a health care plan that would replace the Affordable Care Act despite controlling both branches of Congress and the White House—would “let Obamacare fail.”

Trump previously said the Affordable Care Act should be repealed without a replacement if Republican lawmakers were unable to pass their own plan.

"Republicans are not going to own it — we'll let Obamacare fail and then (Dems) will come to us" to fix, Trump says https://t.co/qnrSo7y0M6