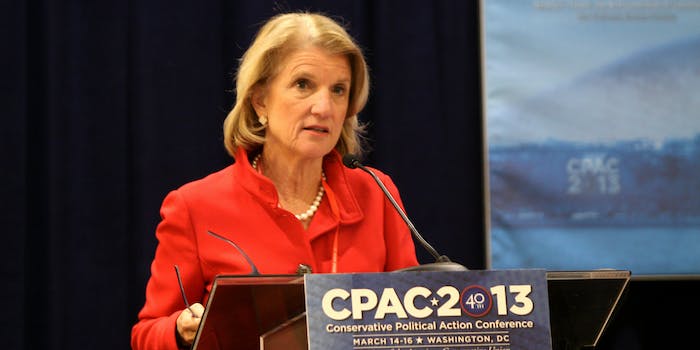 “We’re going to be talking about Medicaid; that’s the issue I’m concerned about,” Capito said, according to the Hill. West Virginia previously accepted an Obamacare Medicaid expansion. She remains unsure if she will be a regular member in the group, or if her appearance is a one-time event.

Looks like Republicans switching up the optics of 13 men debating health care. Both Jodi Ernst and Shelly Moore Capitol are in the meeting.

Capito wasn’t the only woman invited to join the group. BuzzFeed News’s Paul McLeod reports that Iowa Sen. Jodi Ernst was also invited to the meeting. A White House aide told CNN that more women will join the group, although that remains to be seen.