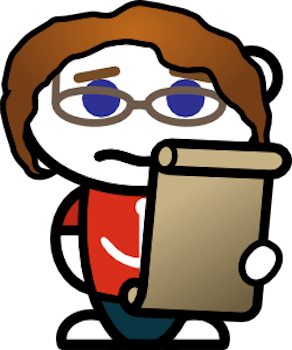 "Your voice is the one that matters here," Reddit, Inc. told its users on Sunday in regards to the Cyber Intelligence Security Protection Act.

“We’ve got your back, and we do care deeply about these issues, but *your* voice is the one that matters here,” the company said in a statement Sunday.

It’s a confusing statement for some users, especially since the company led the massive protest against the similarly regarded Stop Online Piracy Act (SOPA). Reddit encourages users to contact their legislators and lobby them to vote against CISPA, but the company’s not inclined to take any action about it.

The statement doesn’t do much to clarify why the site chose to fight SOPA but is hands off with CISPA, but it’s easy to read between the lines.

In December, general manager Erik Martin said SOPA would “kill” Reddit, since the strict anti-piracy bill would have allowed sites that link to pirated content to be shut down. Reddit cofounder Alexis Ohanian was a leading anti-SOPA activist.

CISPA, on the other hand, wouldn’t negatively affect Reddit as a company, and in fact might make their own security efforts significantly easier.

It’s been criticized as a means for the government to have access to private, personal information of its citizens. But many Internet companies, like Facebook, welcome CISPA as a way to make the government a welcome ally against hackers.

The bill, which passed the U.S. House of Representatives on Thursday, has galvanized tens of thousands of redditors who feel it’s the newest great threat to the Internet. They’ve have repeatedly tried to spark large-scale protests against CISPA, with limited success.

Redditors claimed responsibility for a surge of two-and-a-half-million signatures on an online anti-SOPA petition in January. A recent drive to do the same thing with CISPA wasn’t nearly as successful, however, adding fewer than 100,000 names in six days.

Many see the difference between the protests as Reddit, Inc’s level of involvement.

“Ok, so what are you going to do?” asked redditor garja in response to the company’s statement.
“This sounds like a lot of verbiage with no real meaning.”

“Very much sounds like you’re saying ‘you’re on your own for this one’,” the user added. “I am wary of the tone of this post, which is too vague and almost makes it sound like Reddit is trying to shirk responsibility.

Not all redditors see SOPA and CISPA as equally worthy of protest.

“Those of you living inside of the reddit filter bubble will not realize that there is not a similar, widespread condemnation and fervor towards CISPA as compared to SOPA,” wrote ReddiquetteAdvisor.

“Websites like Reddit and Wikipedia are in a position where they must be responsible and not try to shape public opinion or be biased” ReddiquetteAdvisor continued. “The only reason they agreed to blackouts was because SOPA passing would actually damage those websites severely. Without that interest, they have a responsibility to be neutral on most issues.”

At least Reddit acknowledges CISPA as a concern for its users. Wikipedia, which blacked out it site to protest SOPA, has yet to mention CISPA in its official blog.