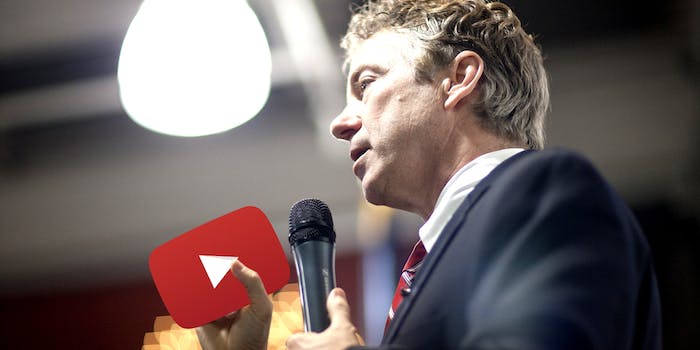 This is not the best way to kick off a campaign.

Even the best laid plans of presidential candidates still go awry, at least when copyright law gets involved.

A campaign video for Senator Rand Paul, released Tuesday alongside his announcement that he’s running for president, was blocked on YouTube, which cited a copyright claim by Warner Music Group. 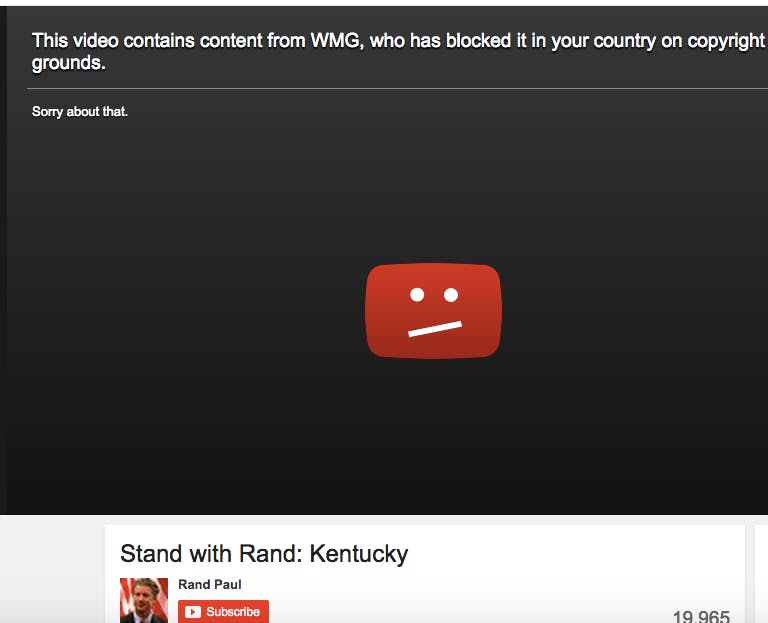 As noted by Business Insider, while the video was still live it was set to the country twang of John Rich’s “Shuttin’ Detroit Down,” available on WMG, a song about the tragedy of Detroit suffering economically while Washington, D.C. bails out Wall Street. Paul himself is a critic of bailouts in general, and said that a 2013 bailout of the Detroit auto industry would only happen “over my dead body.” After Detroit later filed for bankruptcy, the federal government gave the city hundreds of millions of dollars in aid.

YouTube videos are subject to the platform’s Content ID system, which automatically checks uploaded videos against a massive database of copyrighted content, and removes it, per the Digital Millenium Copyright Act, if it finds a match.