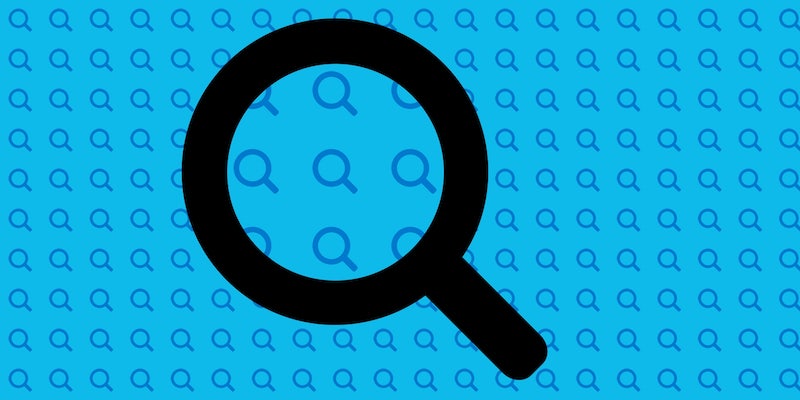 Query is a board game based on ridiculous Google autocompletes

Google’s auto-fill is often an auto-fail. Query celebrates the absurdity with a board game.

Google is good at many things, but sometimes typing the beginning of a phrase into the search bar can yield some dubious results. The search engine’s auto-fill options can range from useful to utterly ridiculous, depending on what you start typing… and there’s often at least one bizarre sentence ending that pops up.

Now there’s a board game celebrating the funniest search engine auto-fill failures. Query, a board game by a pair of Canadian sisters named Phoebe Stephens and Nikki Flowerday, asks players to earn points by guessing the top Internet auto-fill predictions. Like Balderdash, players can advance by tricking others into thinking an answer they made up is the correct one. It’s a confidence game for the Internet age.

Query was initially a Kickstarter project, but it has successfully migrated off the crowdfunding page and on to Amazon, where you can buy it for $28 dollars. But before Stephens and Flowerday got donations for their project online, the concept started as something simple: a joke. “Query started out as an inside joke between my sister and I. We used to text each other funny autocompletes that we came across and eventually it morphed into a game where we’d just text the beginning of a search and the other would come up with a hilarious ending. We had so much fun with it we thought other people would like it too!” Stephens said.

The game is for three or more players. One will read a Query beginning aloud, and each player comes up with their own ending to the sentence. They submit these endings to the person who read the card aloud. Points are earned in two ways: If a player writes a fake ending and others think it’s real, they get points. Players who correctly guess the auto-filled sentence also get points. 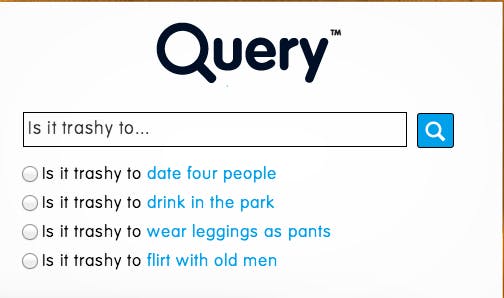 The company provides a rundown on their YouTube page:

So if you’re eager to try a new board game born as a crowdfunded project and Cards Against Humanity is just too vulgar, Query might be right up your alley.