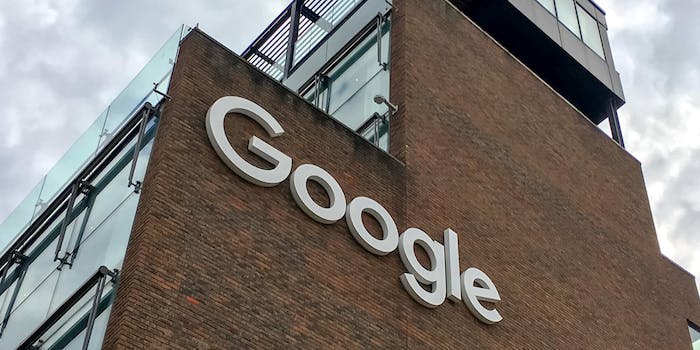 What you need to know about Google’s ‘quantum supremacy’ claim

On Tuesday, Google announced that its supercomputer — more specifically its “quantum computer” — can do the work of a regular computer at “exponentially” faster rates, giving Google what it’s calling “quantum supremacy.”

So what does “quantum supremacy” even mean? Basically, it has everything to do with processor size and algorithm or equation complexity.

Essentially, Google claims that its super computer’s processor, Sycamore, can do highly complicated math problems faster than any other computer. “Classical computers,” the company says, may not be able to solve these equations at all. A report published in Nature shows that Sycamore performed a random number generation in 200 seconds, the shortest on record.

The complex experiment in computing conducted by Google can be broken down to look like this: In order to create a supercomputer that is programmable and powerful, researchers used quantum logic gates to benchmark how quickly the computer could process an equation. Quantum logic gates are similar to the logic gates used in regular computing, but reversible. Logic gates are the physical pieces that make up logic boards, more commonly referred to as “motherboards.”

In a nutshell, Google used a lot of fancy logic gates (54 bits worth) that can process the requisite functions in order to get to the correct answer faster than any other computer.

However, IBM would like to dispute the claim that Google has achieved quantum supremacy.

In a post to the IBM Research Blog on Tuesday, the company wrote that Google’s claims were inaccurate, specifically those regarding the capabilities of modern computers. A classical system, equivalent to most consumer computers, could calculate the same results in roughly three days, IBM argues, which is a significant contradiction to the 10,000 years Google estimated.

In general, the IBM blog post suggests that Google’s claim that it achieved “quantum supremacy” and that no other company has come close to this are fallible and ignore the capabilities of classical computers, which will “work in concert” with supercomputers, as they both have complementary strengths and weaknesses.

IBM also cites the media frenzy and “overhyped” reporting, and that using the term “supremacy” at all is unnecessary, and reaching. Basically, it makes it sound like Google has achieved the ultimate capabilities for a supercomputer, whereas what supercomputers will be able to do in the future is obviously still unknown.

Regardless of any controversy, it’s absolutely true that Sycamore is a marvel in that it is a high-fidelity supercomputer of a large size; all 54 bits of quantum gates function perfectly without making mistakes. This is especially impressive when you take into account that the chip powering all this tiny; it’s roughly two centimeters long.

IBM has a processor of its own, of similar computing capabilities. According to its blog post, making a quantum processor and an equation that can only be processed by it and equating that to having reached quantum supremacy “is being broadly misinterpreted and causing ever growing amounts of confusion.” IBM points out that using loosely defined metrics like “quantum supremacy” will only create confusion around what remains a developing technology.