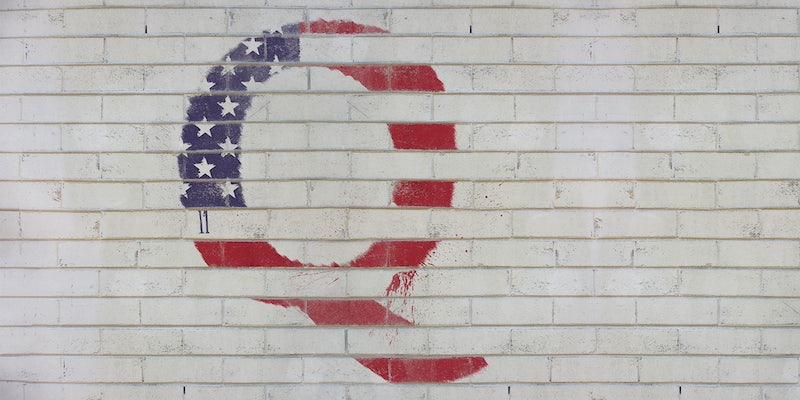 Why we shouldn’t call QAnon a ‘collective delusion’

Is it a movement, a conspiracy theory, a delusion?

Since QAnon began with a series of 4chan predictions in 2017, most major news outlets, TV programs, and pundits believed ignoring it was the best way to deal with it. But with Q believers likely headed to Congress, President Donald Trump sharing QAnon memes and being asked about Q by the press, and Q followers marching in cities around the world; that’s just not an option anymore. Q is too big and too enmeshed in right-wing social media and politics to deny. And as it has grown, many news outlets have struggled with how to talk about it in a way that conveys its importance while also avoiding giving credibility to its beliefs.

As part of this shifting coverage, BuzzFeed announced on Friday it would change how it referred to QAnon.

“The editors at BuzzFeed News have become uneasy about using conspiracy theory to describe QAnon, which has grown to encompass a whole alternative world of beliefs and signals,” two reporters for the site wrote. “QAnon is a collective delusion, and that’s what BuzzFeed News will be calling it from now on.”

As someone who has been writing about QAnon long before almost any other outlet, and is currently writing a book about the movement, I strongly disagree with this labeling on a number of levels. Referring to QAnon as a “collective delusion” is not only inaccurate, it’s potentially harmful to the people who are dealing with someone sucked into belief in Q.

At the same time, BuzzFeed isn’t wrong. Q is collective delusion—a set of false ideas shared by a group of people. But it’s also a lot of other things, and those aspects make that term less than ideal as an umbrella to describe the movement.

Delusion is generally defined in a clinical sense as being a mental illness where a person can’t discern what’s real from what’s not. It’s possible that some QAnon believers are mentally ill, most notably Anthony Comello, the man accused of killing Staten Island mob boss Frank Cali after being “sent” by Q and who was found not mentally competent to stand trial. Many others wholeheartedly believe in the existence of things that are in no way real, such as a tape of Hillary Clinton killing and wearing the face of a child. And Q, the anonymous guru whose prompts and riddles form the backbone of their belief, has never been proven to have any foundation in military intelligence—often predicting things that never happen, and making claims that are easily debunked.

But simply writing off Q as a shared delusion posits that all Q believers are delusional. Without observation and an actual diagnosis, this is impossible to say. Many are rational and clear-eyed in what they think. Beyond that, simply believing in something that’s not real, or can’t be proven to be real, is not necessarily a sign that a person is mentally ill or delusional. The vast majority of the world’s population believes in a deity or higher power, without scientific evidence or similar proofs and some even structure their entire worldview around it. Is this delusion? Or is it just what we call religion?

QAnon is too multifaceted to affix with one label

While it’s tempting to try to wrap up Q with one short phrase, it’s also nearly impossible. The Q movement encompasses aspects of a cult, a religion, a conspiracy theory, a shared delusion, a political movement, a giant online puzzle, and the same deeply-held blood libel tropes that have powered anti-Semitism for centuries. But it’s not just any of those things. It’s all of them.

For example, it’s popular to simply refer to Q as a cult. And it does have cultish aspects. Cult expert and interventionist Rick Alan Ross lays down ten signs that warn of a “potentially unsafe group,” and Q clearly hits some, including “unreasonable fear about the outside world, such as impending catastrophe, evil conspiracies, and persecutions;” and “The group/leader is the exclusive means of knowing ‘truth’ or receiving validation, no other process of discovery is really acceptable or credible.”

But others, such as easily documented abuses by the leader and an inability to leave really don’t fit easily, or at all. This ambiguity is what makes Q so hard to define. It’s got elements of a scam, but no obvious stream of money flowing toward its leader. It’s got elements of an online puzzle, but its members don’t think of it as a game. Q has elements of a cult, but there is no coercion and nothing preventing believers from walking away. So in that way, it’s not a cult.

Calling Q a collective delusion wraps it up too neatly, and misses much of the nuance and complexity that makes Q so hard for outsiders to understand.

Referring to Q believers as delusional strengthens their persecution complex

In my experience of trying to understand conspiracy theories in general, I’ve found that you can’t insult someone out of believing them. People who believe in fringe movements and conspiracies are already feeling like someone is out to get them, and that dark forces are in control of their lives.

While these forces might be delusions, they’re real to the people who believe them. If someone you love has become influenced by delusions, you have a greater chance of getting them back (a feat that’s already extremely difficult) if you don’t also belittle them at the same time. Instead, that’s a sure way to push them even deeper into the delusions.

Beyond that, Q adherents often take being insulted by the media or by “normies” as a badge of honor, a sign that they’re “over the target” and winning their secret war against the deep state. I’m already seeing major QAnon accounts taking “collective delusion” as proof that BuzzFeed is scared of the Q movement, and that they should increase their efforts in researching and creating Q material.

QAnon matters. It has become a powerful force in conservative culture, politics, thought, and commerce. The impact it has had on families is devastating, to the point of severing relationships and friendships. And the crimes committed by Q followers are real. Yes, it is a fantasy centering around events that won’t happen and things that aren’t real. But writing it off as that is a disservice to the people caught up in it. QAnon’s victims, both the believers and those who love them, deserve more than that.

And there are a lot of believers. Numbers are very hard to pin down, but recent polling shows that as many as one-third of Republicans believe QAnon to be “mostly true.” Beyond that, QAnon-related content continues to drive major engagement on YouTube. A Sept. 7 Q-decoding video from conspiracy theory channel X22 Report racked up a quarter of a million views in one day, and the latest Q drop decoding video from Q promoter David “Praying Medic” Hayes got over 100,000 views in its first few days.

It’s simply impossible to write off every single person who watches any of these videos or responds positively to a polling question about Q as mentally ill—not without some form of observation. And it’s likely that many aren’t, they’re just searching for ways to explain the impossible, and find reason in what they believe to be unreasonable.

So while it’s an imperfect term, I will continue to think of QAnon as a conspiracy theory more than anything else—an unevidenced idea that dark forces are working together and that people want to believe. And that’s what I’ll continue to call it.

Until I think of something better.