Sit, stay, and start shopping for these canine wearables

People spend a lot of money on their pets. Seriously, like, a lot. And being that it’s National Puppy Day, there’s an extra good reasons to spoil your favorite pooch. Thankfully, there is a ton of hot tech your dog won’t be able to understand.

Are there cheap and effective vests and collar lights that keep your dog well-lit and noticeable at night? Of course. Are they anywhere near as fun and ridiculously adorable as the Disco Dog LED vest? Not even close. Currently beyond its goal on Kickstarter and preparing to ship later this year, Disco Dog is the stylish way to turn your pup into a walking party. The vest connects to your phone via Bluetooth, where you have complete control over the color of the bulbs and the patterns they flash in. Best of all, if your dog wanders out of range, the vest automatically activates a mode that displays the text “Lost Dog” so whoever finds fido can return them. 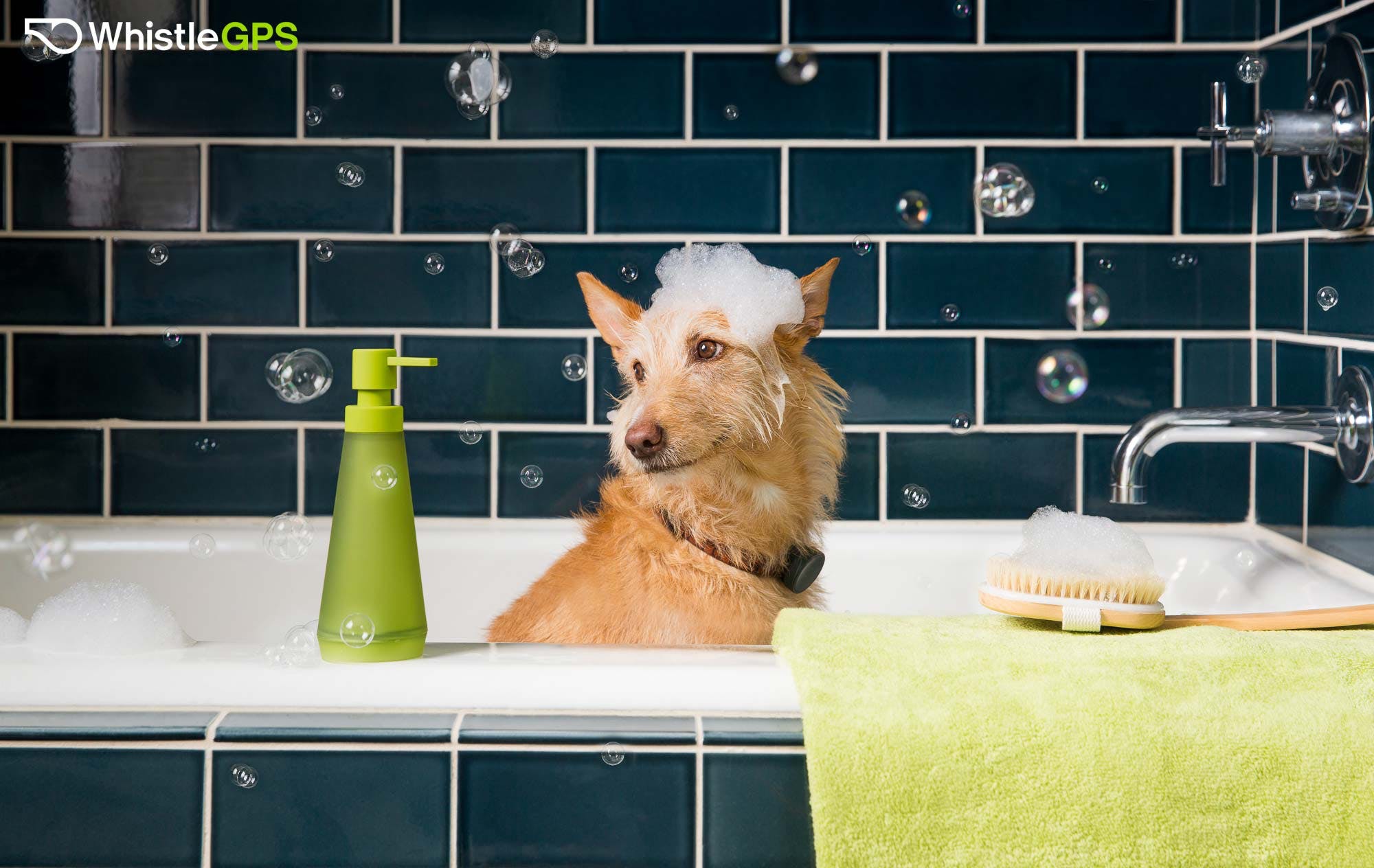 You probably already have some device on your wrist that helps you quantify your day, but what about your furry friend? When you aren’t home, it’s hard for your dog to get out and get the exercise it needs—especially since you take the car so your pup can’t drive itself to the dog park. Whistle monitors your dog’s day, collecting data while perched upon your pup’s collar. It tracks dog activity—including play, walks, runs, and rests—and shows you the data on your phone. Waterproofing keeps it safe on your outdoor adventures and a 10 day, rechargeable battery keeps it going so you’ll never miss a moment of action.

OK, here’s a weird one, but stick with us. How many times have you imagined what your dog was thinking, or you know, weirdly spoken for your pet? All the time, right? Well, No More Woof claims to be able to give your dog a real voice. The headset designed by the Nordic Society for Invention and Discovery identifies patterns in your dog’s brain that equate to phrases like “I’m tired,” “I’m excited,” and “I’m hungry,” among others. And while you can pretty easily read your dog’s body language to discern these emotions already, how cool would it be to hear them actually speak it?

Dogs are great at most things: being really cute, eating their food too fast, rolling in stuff they shouldn’t. You know, the basics. But cleaning up after themselves is not in the dog’s strong suit. The Tidy Dog smart toy box may be able to fix that through the language that every dog understands: treats. Smart sensors in the box can tell when a toy has been put in the box. When it happens, a little chute opens up and out comes a couple pieces of kibble to reward your pup for its work. 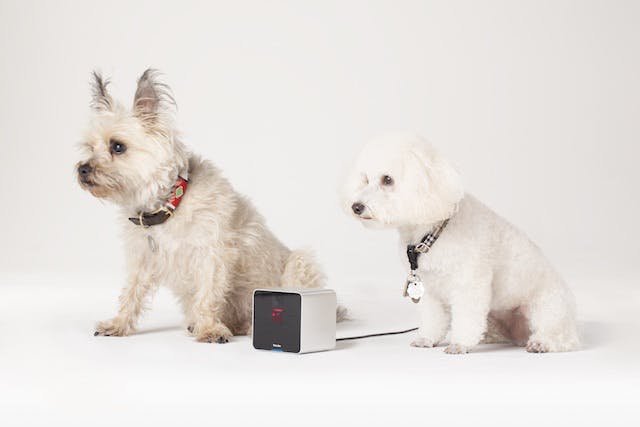 Who knows what happens when you leave your dog home alone? All you see once you get back to the house is the remnants of whatever trouble they got into, probably left behind by all their poker playing pals. PetCube allows you to keep an eye on the house and your pooch, even when you’re away. The streaming remote camera features a wide-angle lens so you can see everything, high-quality streaming video, and a two-way audio stream so you can hear what’s happening and speak back to your pet to comfort or scold them, depending on what they need.

Playing fetch with your pup can be an exhausting bit of exercise…for you. Your dog will never tire of chasing down the same ball and bringing it back lathered up in a layer of drool. Once your arm feels like jello, hand over duties to the GoDogGo Fetch Machine. The automatic ball launcher can handle a variety of different toys, which it can toss an upwards of 45 feet, much to the joy of your four-legged friend. With a remote control feature or timed launches, you can be as actively or passively involved in the ongoing game of fetch as you want. 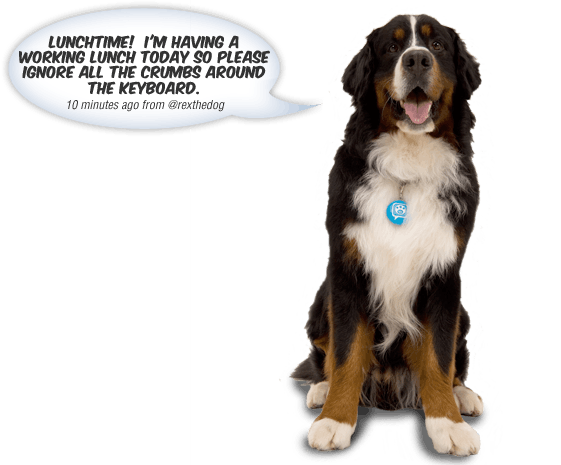 What kind of things would dogs say on Twitter? It would probably be about as insightful as the things humans actually tweet—and just as obsessed with butts. If you don’t spring for the tool to make your dog actually talk, why not get them signed up on Twitter with Puppy Tweets? The tiny collar tag tracks sound and motion and tweets to you any time your dog makes a move or barks at something. It can’t tell you what your dog is barking at, but you can probably be safe in assuming that if it could, your pup’s Twitter feed would mostly be filled with the word “Squirrel” over and over again. 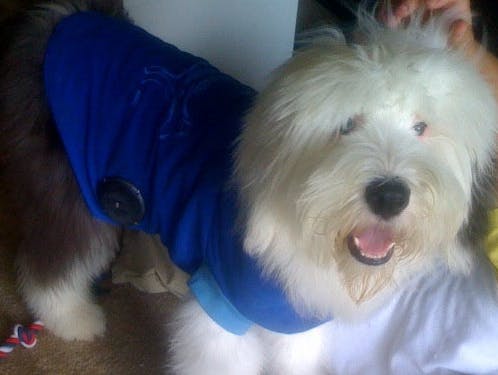 Dogs are already the life of the party, walking around and being social with just about anyone that’ll give them a good ear scratching. But you can really make your dog central to your events by getting them dressed up in the Woofer dog vest. It comes with built-in speakers that can pump up the jams right from your pup’s chest. If you’re out on a jog with your dog, listen to music as you go. Or turn it on when company comes over and let your dog set the mood. Or just turn it on and laugh at how incredibly ridiculous it is that it even exists.