These search aren't coming from where you'd expect.

On the eve of President-elect Donald Trump‘s ceremony, it’s no surprise that the word “inauguration” is hot on the search bar. But according to data from Google provided to Vox, people aren’t necessarily planning on sitting in on the event: “protest inauguration” has beaten “attend inauguration” in terms of searches this week—and it’s not close. 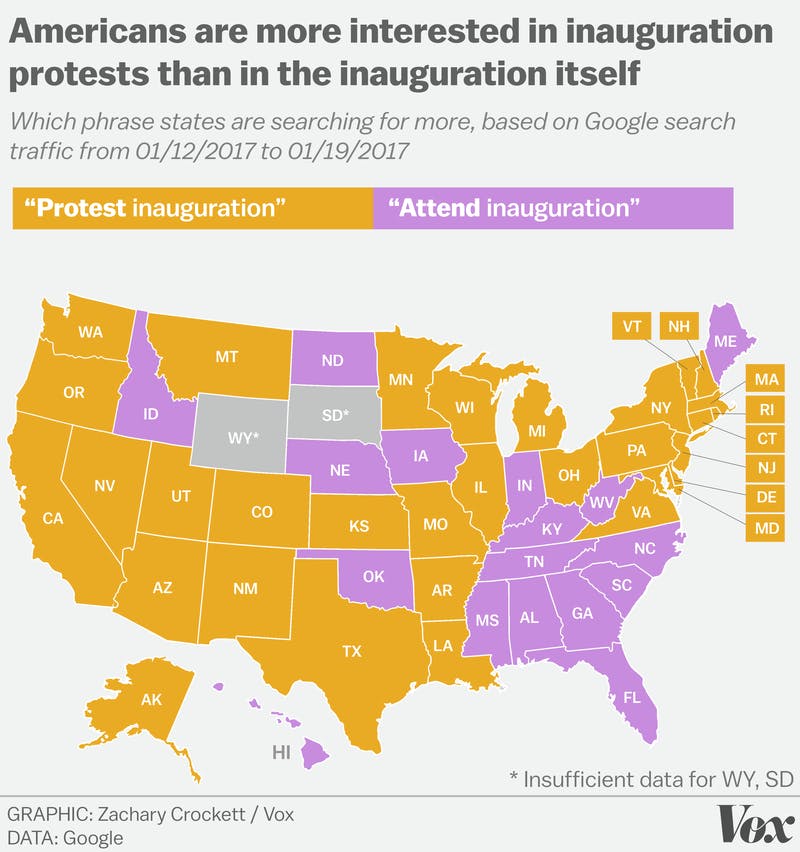 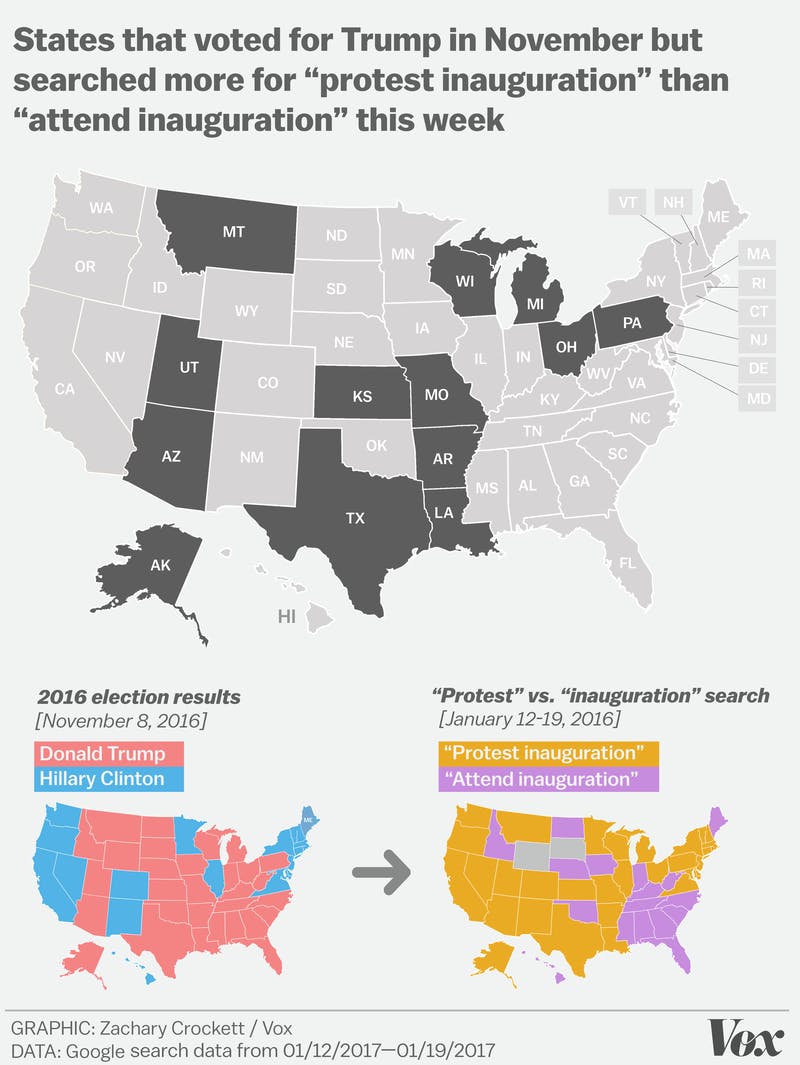 Though the information does not reveal much besides each state’s searches this week, it’s paradoxical that these 13 red states are looking up information in relation to protesting Trump’s big day.

While the president-elect’s inauguration is estimated to lure as many as 90o,000 guests on Friday, the Women’s March on Washington will counter the day after, with roughly 200,000 attendees there to protest.