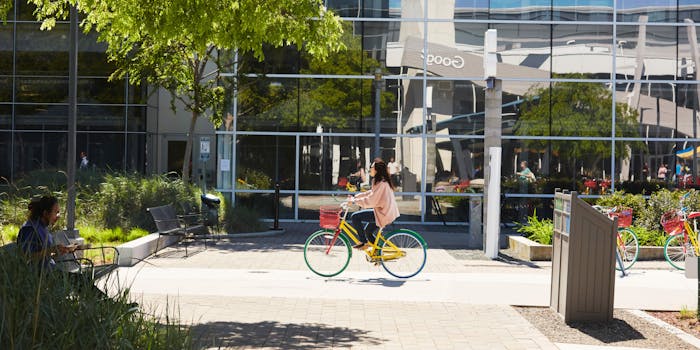 Google CEO Sundar Pichai talked with girls at a coding event this week.

Google CEO Sundar Pichai further reiterated his commitment to diversity in tech at a girls’ coding event this week. His words come after a recently fired employee shared a memo suggesting that Google should stop its diversity efforts.

“I know the journey won’t always be easy, but to the girls who dream of being an engineer or an entrepreneur, and who dream of creating amazing things: I want you to know that there’s a place for you in this industry, there’s a place for you at Google,” Pichai said at the Technovation coding competition, the Verge reports. “Don’t let anyone tell you otherwise. You belong here and we need you.”

Last weekend, a Google software engineer sent out a 10-page long memo purporting that Google shouldn’t offer programs to help minorities and women in tech. In the memo, titled “Google’s Ideological Echo Chamber,” engineer James Damore perpetuates a number of outdated gender stereotypes. The memo rankled fellow Google employees, as well as members of the tech community at large after it leaked.

On Tuesday, Damore was fired for violating Google’s Code of Conduct. CEO Sundar Pichai said that Damore crossed the line “by advancing harmful stereotypes in our workplace.”

Pichai was originally going to address the aftermath of the viral anti-diversity memo at a company-wide town hall meeting Thursday. He canceled the event due to security concerns for employees. Some who had submitted questions in advance saw their questions leaked, along with their identity, political stance, and sexual orientation.

Silicon Valley is largely white and male, according to multiple company diversity reports over the past few years. Google, Apple, Facebook, Uber, and others have since taken a stand to improve those numbers. Companies are employing various diversity programs to bring in more women and people of color—particularly to technical roles. Earlier this year, the Department of Labor scrutinized Google in particular for having an “extreme” gender pay gap between male and female employees.

As Damore’s memo (and its support from mostly right-wing white men) suggests, diversity efforts do not have full support among all of Silicon Valley’s denizens. Hopefully, efforts like Made with Code and Technovation, the coding competition Pichai spoke at this week, will help grow the next generation of female engineers. And just as importantly, help them feel like they belong in the world of tech.