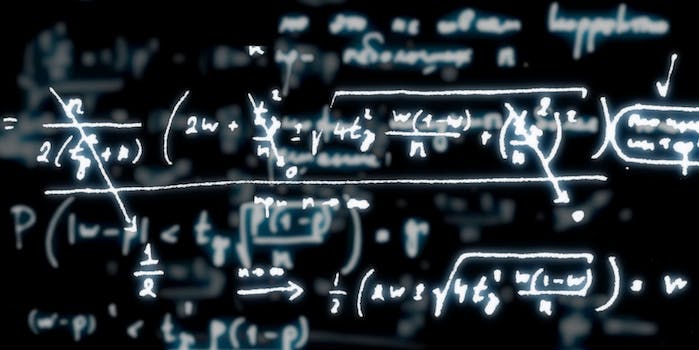 This app can read your handwriting and solve your math homework

We're just mad this didn't exist when we were in school.

Math homework got you down? There’s an app for that.

PhotoMath, the Android and iOS app that debuted at TechCrunch Disrupt in 2014, just got a little smarter. Developer MicroBlink’s text-recognition software was designed to work seamlessly to read printed-out worksheets and textbooks and the like. Now, with version 3.0, the app will also analyze handwriting.

Just point your phone’s camera at the equation, and boom: There’s your answer.

With over 36 million downloads, the app has proven plenty popular over the years, but this new feature will no doubt bring in new fans.

The new version’s Photomath+ system will also walk users through the problem so they can better understand how to solve it rather than just copy down the answers. (Plus, uh, our Calculus teachers only gave partial credit if you didn’t show your work.) That add-on is available as a free trial through the end of November, after which it’ll be for subscribers only. Stay tuned for pricing.

We’re just mad this didn’t exist when we were in school.