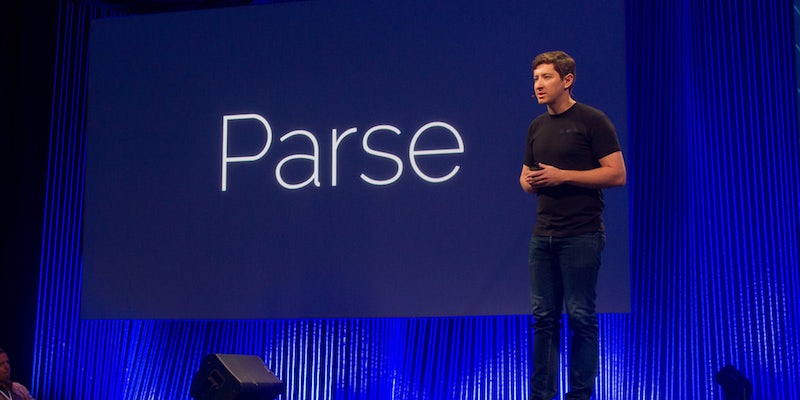 Facebook’s plan to power the Internet of Things

Building apps for the Internet of Things just got easier.

The Internet of Things is just getting started. At least that’s what Parse cofounder and CPO James Yu said today at Facebook’s F8 developer conference in San Francisco on Wednesday. Platforms and services are fragmented, and the people developing consumer software for connected devices are not cloud experts. If we’re comparing the market to smartphones, Yu says, we’re still pre-iPhone.

But Facebook-owned Parse wants to streamline how makers and hackers can build and program hardware by using Parse SDKs now available for the Internet of Things, purportedly making it easier for people to prototype and scale connected devices.

Parse is a “backend as a service,” meaning it gives mobile application developers a way to manage app development, notifications, and analytics in a streamlined way.

The company launched three IoT SDKs for Arduino, Embedded C Linux devices, and Embedded C real-time operating systems (RTOS). The most appealing to most hardware makers and hackers will likely be Arduino, as the micro-controller board is one of the most popular and simple to use devices, for both beginners and advanced hackers. And now, with just a few lines of code, developers can save data to Parse and send push notifications from Parse down to a device.

I caught up with Yu after the big reveal to get a better understanding of just how Parse plans to make it easier for people to connect hardware to the cloud and their mobile devices.

Hardware developers will have access to the same tools and services mobile developers do on the Parse platform, and once they’re ready to pair them with a mobile application, they can use the Parse infrastructure on any mobile device to grow and scale their apps.

“When iPhone came out, developers flocked naturally to iOS,” Yu said. “In IoT land, there’s not something like that right now. Maybe there will be in the future, I don’t know, but that’s why it’s very critical that it’s an open strategy.”

Yu says that while anyone can use the new SDKs, they’re especially geared toward startups breaking into the hardware space, to make it easier to tinker with Arduino projects and other hardware like wearables to scale prototypes across different platforms.

Take, for instance, someone building a new kind of fitness tracker. Previously, developers would need servers to save and store data, and program networking code on the tracker itself. But as Yu explains it, developers can just use the Arduino SDK and flash it on to the device and not have to worry about networking. Data is collected and stored with Parse, and then developers can run analytics on the data, and eventually pair it with a mobile app.

“This kind of fitness device or tracker paired with a mobile phone is a perfect fit for us,” he said. “That’s a sweet spot for us, because we have SDKs for every mobile device.”

Parse is making it simple for even novice makers to play with and prototype hardware devices, and since it’s open-source, anyone can learn how to use it and apply it to their own projects.

Of course, with Parse becoming the backend of smarthome technology, that means Facebook is burrowing even deeper into our homes and connected devices. After Wednesday’s news of broadening Messenger to integrate with other applications and allow consumers to chat directly with businesses, Facebook appears to be taking over every aspect of our online life.

Parse released the SDKs on GitHub, and interested developers can get started with Parse for IoT here.