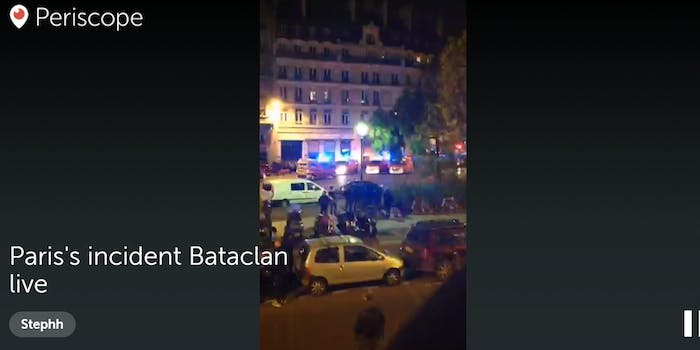 Twitter connects the world, so when something as tragic as the apparent terror attacks takes place, keeping people up to date as events unfold is crucial. Periscope, Twitter’s livestreaming video platform that has been used for citizen journalism in the past, has now seen repeated crashes as users seek information on the awful acts unfolding Friday. 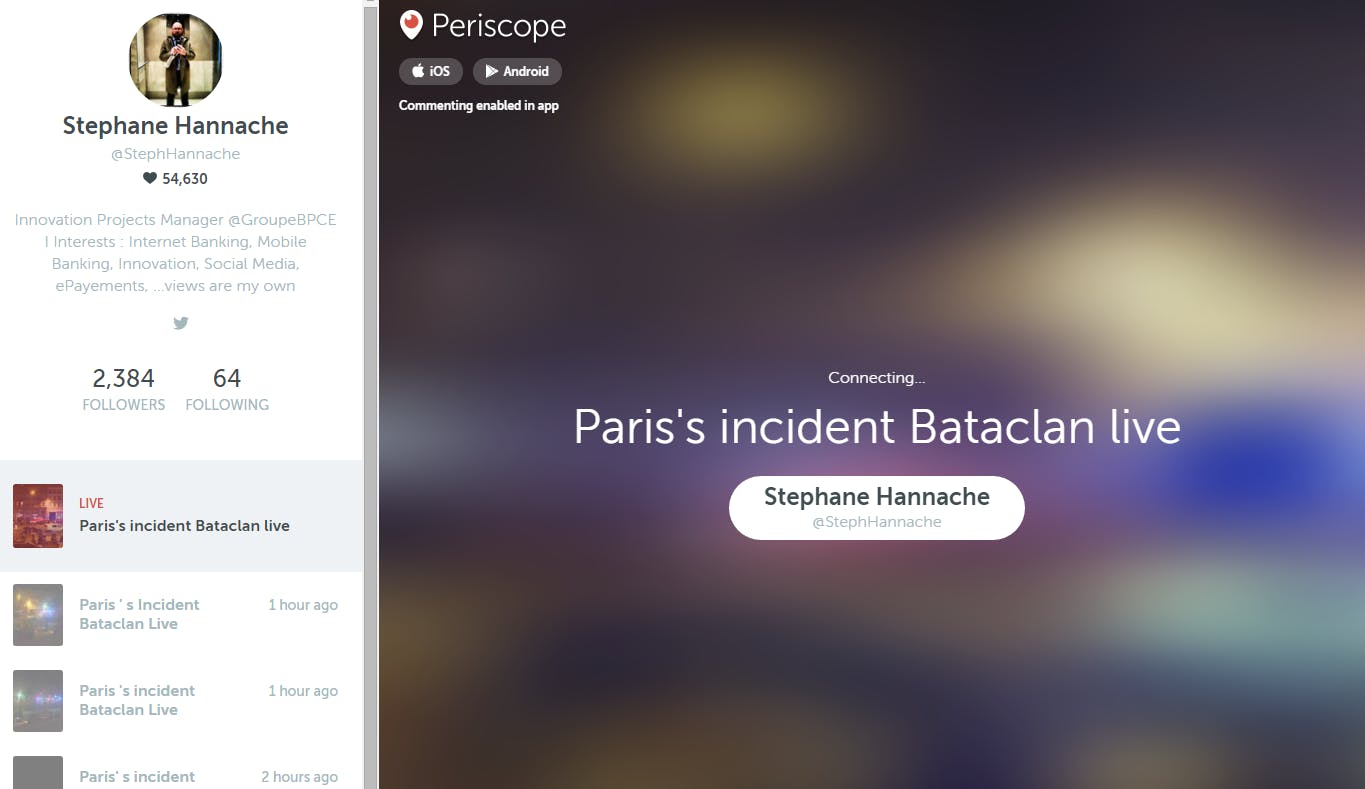 Twitter user Stephane Hannache, one of many utilizing Periscope to provide livestreams outside the Bataclan arts center where a hostage situation is reportedly still unfolding, hosted more than 10,000 viewers. Hannache’s stream quickly became a central point for new information, as Twitter users posted comments with updates and Hannache helped viewers understand what they were seeing via the live feed.

Unfortunately, Periscope has utterly failed in its mission to provide a stable platform for users to seek breaking information, and the service has repeatedly crashed due to the massive weight of users. At times, the site itself refused to load whatsoever, and error messages have been plentiful all evening.

By contrast, Twitter Moments, which is designed to be a central point for breaking news of all types, has provided useful and important information on the attacks faster than most news outlets. Shortly after the events began to unfold, Twitter added a content warning to be page.

Photos from eyewitnesses and updates from those in the area have been collected with care. Some of the most useful offer ways to find safe shelter and areas to avoid, even as the horrific episode continues to play out:

If you are currently in #paris the most sensible advice appears to be: get indoors & stay there. Gunmen at large.

If in #Paris, stay the F away from canal side of La République area. A man w AK-47 just gunned down multiple people & on run. Yes I'm okay

It goes without saying that while horrific events such as these are unfolding, keeping people safe and informed is a top priority. Social media has been used for this purpose countless times in the past, but it’s only beneficial if it works as intended.