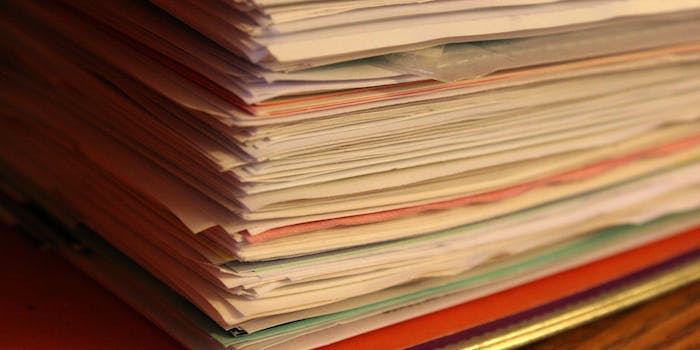 The Web-savvy and Internet-averse are experiencing the same problems.

The Obamacare launch may be glitchy, but don’t go blaming it solely on technology.

Newly disclosed White House documents show that although people may get the impression they’re making progress by ignoring the HealthCare.gov website and applying for insurance by hand, the paper forms “will not have a quicker result necessarily.”

“Given the computer system issues, should we be saying that paper is better for now?” administrators wondered in meeting notes from October, recently turned over to Congress.

“The paper applications allow people to feel like they are moving forward in the process and provides another option; at the end of the day, we are all stuck in the same queue.”

Still, the “Navigators”—community leaders tasked with helping people secure healthcare in the shifted marketplace—have been giving customers who express displeasure or confusion with the website the paper forms in hopes of allaying those frustrations. Ultimately, the White House has had to default to this imperfect strategy, with an Oct. 21 memo stating that Navigators would be instructed “to use paper applications rather than go through the call center.”

Whether they do it offline or on-, Americans have until March 31 to enroll in an insurance plan that conforms to regulations set in place by the Affordable Care Act. Beyond that date, they’re subject to an individual mandate fine. But the more paper applications there are, the bigger the eventual cleanup will be: “Need to make sure that paper aps are completed accurately to limit the work Serco has to do to follow up on inadequate information,” one document states.

For now, anyway, you may want to go ahead and pay for that flu shot out of your own pocket.