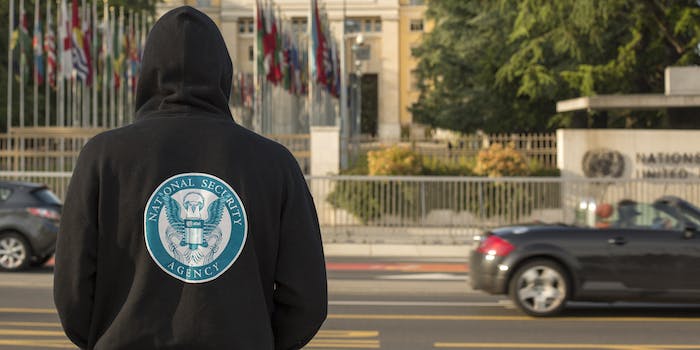 We can neither confirm nor deny whether you were a target.

The document looks quite similar to transparency reports that Internet companies like Google and others have published in past years in that it features a series of charts that document how often the agency used its various legal authorities to conduct surveillance and how many “targets” were affected. 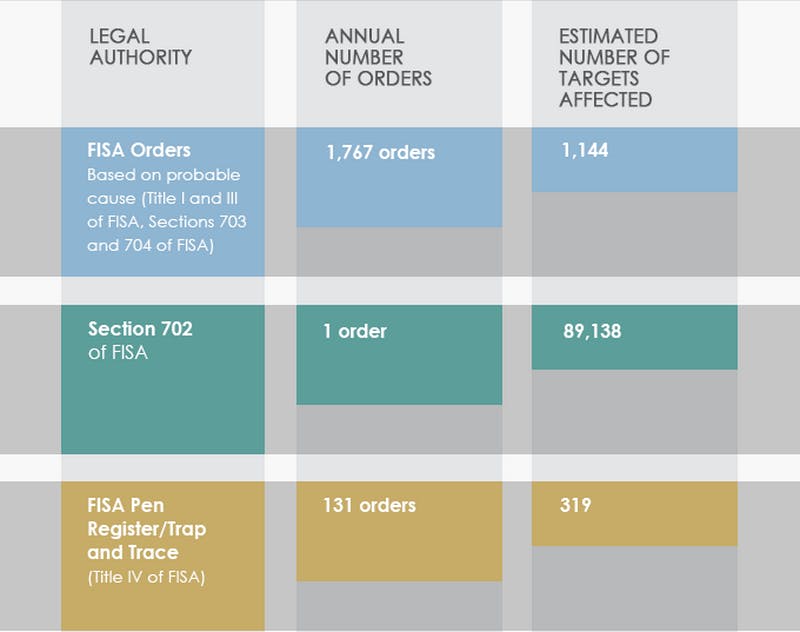 The most striking number in the report is the nearly 90,000 targets of the Foreign Intelligence Surveillance Act’s Section 702, which grants the agency broad authority to collect emails and phone data from non-U.S. residents deemed to be threats to national security. Section 702 also allows the NSA to scoop up a certain amount of data on those with whom targets communicate.

Privacy advocate Julian Sanchez, a research fellow at the Cato Institute, explained how that reported number of targets could actually be an underestimate in a series of tweets.

Under one 702 general warrant, 89,138 “targets.” But that hugely undercounts PEOPLE intercepted. http://t.co/6bJbhss4le

Each individual human target will correspond with dozens or hundreds or others. And many “targets” likely to be groups or corporations.

If Huawei or Wikileaks or Anonymous is one “target”, sounds like members’ accounts all count as facilities “used by” that single “target”

In the transparency report, the NSA wrote that it attempts to provide an accurate depiction of how many individuals are being targeted for surveillance, but ultimately the reported statistics are an “estimate is based on the information readily available to the Intelligence Community to identify unique targets.”

The transparency report is part of an ongoing effort by the NSA to regain the public’s trust, which has included hiring a civil liberties and privacy officer earlier this year. The agency said it will publish a similar report each year going forward.

The full five-page report on NSA surveillance during 2013 is copied below.

Photo by frederic.jacobs/Flickr (CC BY 2.0)