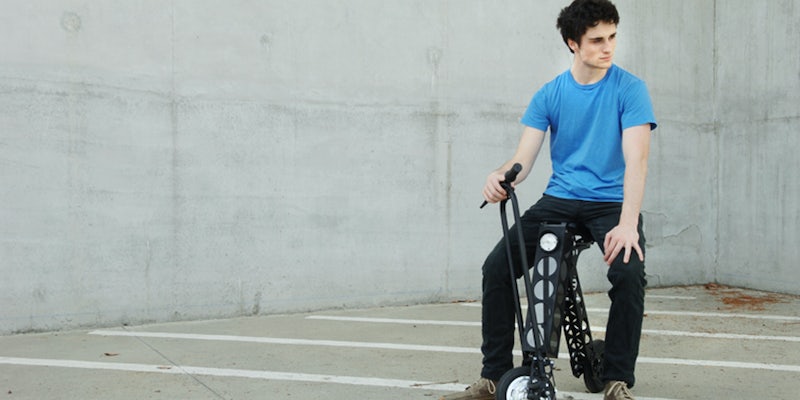 A year ago, this is what we were all obsessed with. Now what?

CES is a week like no other. For a little company with a big idea, it’s the opportune time to pop on the right radars and generate a ton of buzz. But as quickly as these new ideas get pulled into the press whirlwind, they’re spit back out. Making an impression at CES is only the first step. Sustaining any of that momentum is the real challenge. So how did the showstoppers of CES 2014 hold up over the course of the year?

The praise of the Urb-E may have been a sign that the Segway is old enough now that we’re ready repeat some mistakes. The personal commuter scooter caught the eye of several prominent tech publications and was able to ride the wave of press into a successful Indiegogo campaign, in which the company raised over twice its initial goal.

A year later and the Urb-E is still available for pre-order, requiring a $650 down payment before paying the full price tag of $1,499 (a discount off of the suggested retail price of $1,999) that is charged once it ships. The Urb-E is currently slated to start shipping sometime in the spring of 2015. There hasn’t been much press by way of the company since hitting its crowdfunding goal, and its social media accounts have been quiet and the company didn’t return to CES for 2015. This man in his nice suit rides alone.

2014 was a good year for rideables at CES, because the OneWheel caught the attention of the press and the public. OneWheel definitely had that cool factor, something that most low-speed powered transports don’t have. The self-balancing, electric skateboard-ish device looked like something you wanted to be seen riding.

The OneWheel rode the hype to a successful Kickstarter campaign that raised over $630,000. It finished funding in January 2014 with an expected delivery date of September 2014 for the early bird backers who forked out pledges of over $1,199. Shipping started in November, a pretty modest delay by most Kickstarter standards, and OneWheelers are out in the world. Anyone can buy a OneWheel now from the company’s website—well, anyone with $1,500 to spend—though there is an eight week wait between order placement and shipping. So if you wake up one morning thinking, “Oh man, I need a single-wheeled electric skateboard right now,” you’re out of luck. But this is still a relative success story for a smaller company that achieved momentary CES fame.

It’s also back at CES this year, in other good news.

While 2014 saw the introduction and growth of a lot of streaming media services, CES 2014 hosted the be-all, end-all device with Airtame. The dongle that can stream anything, anywhere with compatibility across just 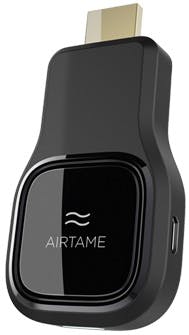 about every platform and OS imaginable, Airtame appeared to be a promising solution to wireless screen mirroring. It was like Chromecast but for everything.

The company had a great showing on Indiegogo early in 2014, becoming one of the most successful projects on the site and raising over $1.2 million. It wasn’t all good, though, as backers got rowdy when Airtame announced its acceptance into Indiegogoo’s forever funding program that allows companies to continue raising money after the deadline passes. The backers became frustrated to learn of this, as the overwhelming response to the original campaign created delays in shipping. The backers just want the device in their hands, which the earliest supporters finally did get in November 2014. Rollout of Airtame to supporters who came later in the process is on-going, and the Indiegogo page is still open. Public units aren’t expected to ship until the second quarter of 2015 according to Airtame’s website.

The gaming community—which happily adopted the PlayStation 4 as its early favorite in the latest console wars—rejoiced at Sony’s announcement of PlayStation Now, a video game streaming service built for Sony’s gaming platforms. The promise of being able to stream games from the cloud, no download or physical copy required, meant more access to more games on consoles and portables.

PlayStation Now has since been put through a long progression of betas, most recently going open beta on the PS Vita and PS TV. Sony took the return to CES this year as the best time to announce the start of its subscription service for PlayStation Now. Jan. 13 will mark the first day users will be able to start a subscription to stream the current catalog of 100 games. Plans are available at $19.99 for one month or $44.99 for three months. In an industry where consumers are notoriously hard to please, Sony’s slow and steady rollout has been a success story compared to other CES releases.

Some of what you see at CES is absolutely mind-blowing. Tobii’s eye-tracking technology has that kind of effect. The company has developed a system that does away with hands-on and puts a user in control with nothing but their eyes. At CES 2014, Tobii showed off its first mobile iteration, the Tobii EyeMobile, designed to make tablets function with little more than a few glances. The CES panel even gave the product an award nod.

Then you leave the show floor and realize practicality and price don’t necessarily match up to the wow factor. Tobii’s EyeMobile is innovative and obviously serves a purpose for those who suffer from physical disabilities, but for the average person, it’s just another “cool” thing. The EyeMobile system is available to purchase with a price tag of $2,345, which is sure to sober up the thoughts of anyone thinking of picking up the EyeMobile for kicks.

The ongoing debate between PC and console loyalists seemed as though it may have finally found a ceasefire with the announcement of the Steam Machine from Valve. The gaming computer in the box of a console was to be powered by SteamOS and be built on by a variety of vendors who could provide various tiers of gaming goodness at affordable prices. Prototype units were on display at CES 2014 and models were set to be sold to consumers starting as early as summer of 2014.

CES 2015 is here now but the Steam Machine isn’t. Delays in development—not something particularly new for Valve, of course—have pushed the timeframe for release back to a wide open “sometime in 2015.” Reports of troubles with the control system and the operating system itself seem to be responsible for Valve deciding to slide back the release date. Maybe they’re just pushing back the system to work on Half-Life 3.

Arkami, the company behind the MyIDKey, has been a celebrated CES attendant on multiple occasions. The MyIDKey took home three separate honors at CES 2013 and netted a CES Innovations Award nod at the 2014 show. There was clearly quite a bit of anticipation surrounding the product, a bluetooth-enabled USB drive with fingerprint ID security that stores passwords.

Awards don’t matter much if you never bring your product to market, though. Despite a successful Kickstarter campaign that raised over $473,000, the product hasn’t been released. Arkami got more ambitious with the product as more pledges came in, but the added development compromised the original idea. According to the OC Register, Arkami had $3 million in investor funds and the money from Kickstarter, but it’s all gone dry. Everyone in the company was laid off and in December 2014 the assets of the company were sold off.

A lot of the showings at CES are just displays of what companies are capable of—a flexing of the muscles just because they have a stage and an audience for it. So it made perfect sense for Samsung to show off at CES 2014 with a bendable television, the solution to the “curved vs. flat screen” debate you probably weren’t having. Though the “C” in CES stands for “consumer,” the market for the model Samsung showed off on the show floor probably wouldn’t make it into many Amazon shopping carts—it measured 105-inches and showed up later in the year at IFA with a price tag of $260,000.

Of course, Samsung showed up at CES 2015 with an updated model, now with smart TV features powered by Tizen. The screens have also been improved with nanocrystal and quantum dot technology—features that just sound expensive. Models of these screens will be available between 48- and 88-inches and you still probably can’t afford them.