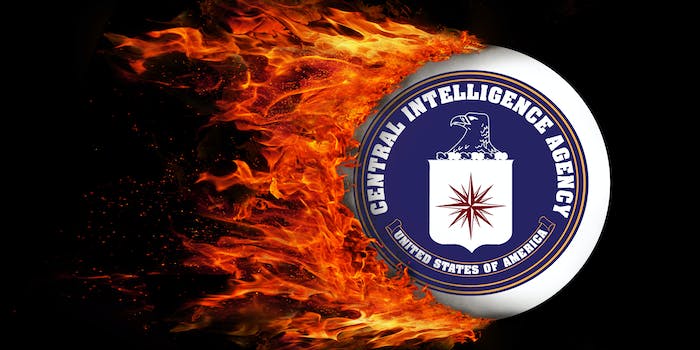 A cache of confidential CIA records released by WikiLeaks on Tuesday led to fears that Signal was cracked. It wasn't.

More than 8,700 documents and files were released on the transparency group’s website, the first installation in a new series of leaks WikiLeaks describes as the largest ever publication of confidential Central Intelligence Agency records.

A statement accompanying the release immediately stoked fears that the U.S. government had found a way to bypass Signal, an encryption application whose popularity was bolstered by the endorsement of Edward Snowden and rose further under the presidency of Donald Trump. WikiLeaks wrote—and the New York Times originally echoed—that the techniques disclosed allowed the CIA and allied intelligence agencies to “bypass the encryption” of Signal, in addition to WhatsApp, Telegram, and other popular privacy apps.

This vague reference sowed some confusion online over whether Signal remained a secure form of communication. To learn that Signal was no longer safe would be a tremendous blow to the privacy community, as the app is widely used by journalists, human rights advocates, anonymous government sources, and others whose lives and freedom may be endangered by an inherent flaw in Signal’s complex cryptographic protocol.

But that does not appear to be case. WikiLeaks does not state that the CIA was able to break Signal’s encryption—rather, the agency could “bypass” it by compromising the device on which the app is installed and seizing the messages before they are encrypted. Put simply, the CIA could hack individual phones, not Signal itself.

Claims that #Vault7 cracks Signal etc encryption or that Signal is safe.
Neither are true.#vault7 cracks Android/iOS, bypassing Signal etc.

While the specific technique the CIA uses to compromise a cellphone or laptop may be new information, the notion that messages sent through Signal could be read prior to encryption is not new information. In other words, there’s no reason—as of yet—to assume Signal is any less secure today than it was believed to be yesterday.

Nothing uncovered so far in the WikiLeaks changes the fact that messages over Signal are infinitely more secure in transit than those sent through a cellphone’s default messaging app.

WikiLeaks did not immediately respond to a request for comment about the confusion arising from its statement. The CIA has declined to comment on the release, telling reporters it will “not comment on the authenticity or content of purported intelligence documents.”

However, experts believe the release appears legitimate. Snowden—who worked for the CIA prior to his time at the NSA before leaking troves of classified documents—bolstered confidence in the legitimacy of the documents.

What makes this look real?
Program & office names, such as the JQJ (IOC) crypt series, are real. Only a cleared insider could know them.

Tuesday’s release by WikiLeaks contains 8,761 documents, a vast collection that journalists, researchers, and anyone curious about their contents have only begun to sift through. The wealth of data means more revelations are likely forthcoming.