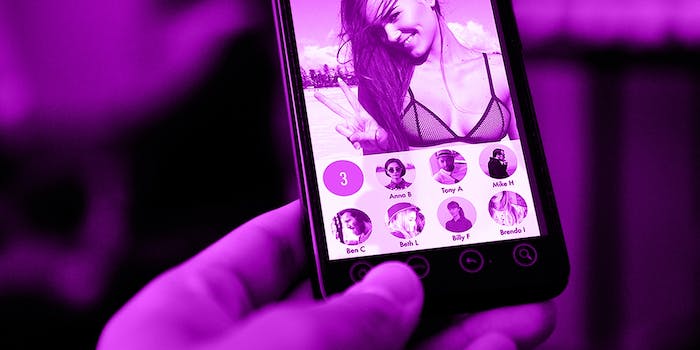 The sequel to Yo is a Snapchat clone

The team behind Yo have created something awfully familiar.

It’s been just over a month since the deceptively simple Yo app took the world by storm. Now, the team behind the viral hit are back with their follow-up: Mirage.

Yo skyrocketed to the top of the App Store charts after a wave of publicity. Bemused users of the app could only do one thing: Send annoying notifications to one another. But it wasn’t all fun and games. The sudden rise in popularity meant that the app was a prime target for hackers, who claimed to have been able to retrieve phone numbers from Yo’s poorly guarded servers.

Now, one month after Yo’s meteoric rise, the team at Israeli technology company Mobli have unveiled their latest offering to the world: a simple chat app named Mirage. Sadly, it doesn’t look like Mirage will be following its forebear up to the top of the App Store charts. The app’s features include disappearing photo messages, disappearing video messages, and the option to include text on top of your photos. Perhaps the only difference from Snapchat is that your contacts are permanently displayed on the bottom half of your phone’s screen, making it slightly easier for you to find people to send photos to. Neatly, tapping on the face of the desired recepient immediately sends the photo to them. So after annoying the world with Yo, and providing a Snapchat alternative with Mirage, what’s next for the developers at Mobli? Perhaps a no-effort take on Tinder? A one-tap-reply instant message app? Nope, according to Business Insider, they’re moving on to work on a visual search engine that has been in development for two years.