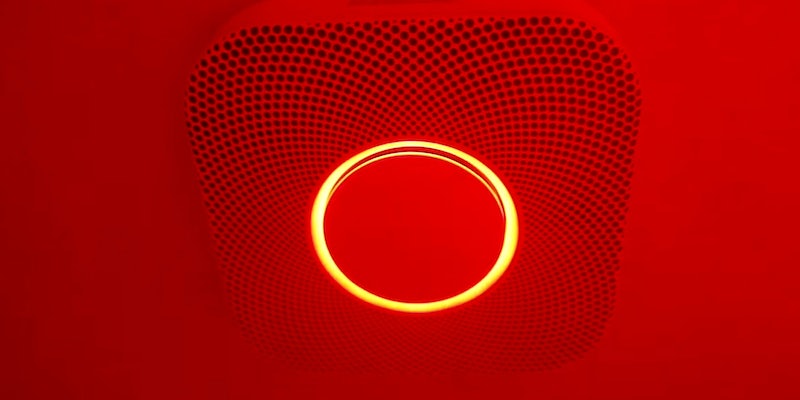 They can't be stopped.

If you’re skeptical of a future where your home monitors and talks to you, this video of Nest Protect smoke alarms going haywire is only going to strengthen those doubts.

Software engineer Brad Fitzpatrick posted the video of his Nest products beeping loudly and repeating over and over: “Can’t be hushed here.” Fitzpatrick calls the Nest Protect alarms “unhushable pieces of crap.”

Fitzpatrick works at Google, which acquired Nest for $3.2 billion last year. He adds the caveat in his Google+ post that he paid for the buggy devices himself.

The Nest Protect smoke alarms are supposed to alert you to smoke or fire in your home, and will send a notification to your mobile device if it senses any smoke. It will also make a beeping noise similar to your average smoke detector. But the Nest Protect has faced problems in the past, including issues that delayed the alarm going off in a fire which led to a recall in June 2014, and a number of complaints in which the device mistakenly recognizes steam as smoke.

Complaint threads on sites Reddit and the Nest community itself describe other user frustrations. Apparently Fitzpatrick’s experience is a common one.

The video of Fitzpatrick swatting the smoke alarms and trying to mute the creepy, robotic voice serves as a reminder that although we might want smart homes, there are still some bugs that need fixing.