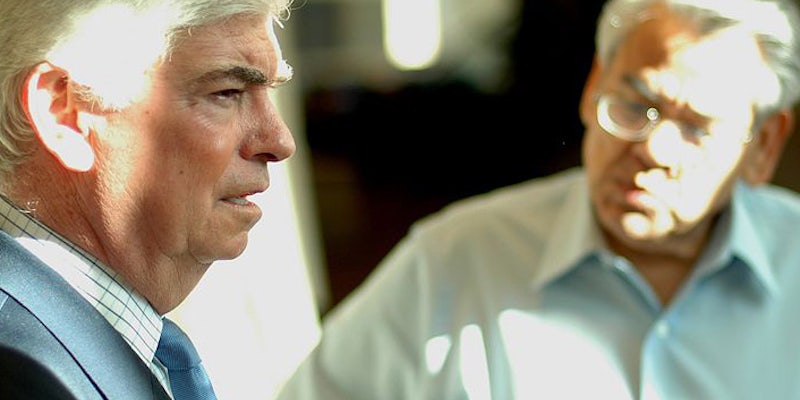 The Republican party has found an unlikely ally in Chris Dodd.

The Republican party’s recent decision to adopt “protecting Internet freedom” to its official stance has found an unexpected ally: Chris Dodd, President of the Motion Picture Association of America (MPAA).

Dodd’s support might raise a few eyebrows. The MPAA, which routinely lobbies politicians to increase copyright enforcement, was one of most vocal supporters of the Stop Online Piracy Act (SOPA), which many feared would have irrevocably hampered the Web. It’s hard to imagine the GOP pledging to make Internet freedom a priority were it not for the massive, popular protest against SOPA in January.

“I agree wholeheartedly with my friends in the Republican Party that we must protect the free flow of information on the internet while also protecting American innovators,” Dodd said in a statement Wednesday.

“As the party points out, the internet has been for its entire existence a source of innovation, and it is intellectual property that helps drive that innovation. Copyright is the cornerstone of innovation; it allows creators to benefit from what they create.”

The GOP platform never uses the phrase “intellectual property” under the section devoted to Internet freedom. That phrase comes up three times elsewhere in the 54 pages devoted to its platform, though: twice in reference to China, which the party says “has built up its economy in part by piggybacking onto Western technological advances,” and once when listing the fallout from cyber attacks.

Despite SOPA’s January defeat, Dodd has obliquely noted that he plans to again lobby Congress to tackle online copyright infringement in 2013.