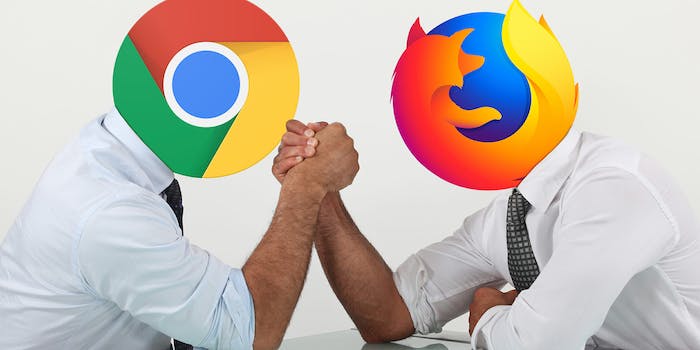 Switching from Chrome to Firefox Quantum restored my faith in Mozilla

It's faster, prettier, and loaded with features. But should you abandon Chrome?

Mozilla has struggled to stay relevant over the years, succumbing to Google’s dominance like every company hoping to make a dent in the web browser space. The last time we heard from the nonprofit, people were giving it (probably too much) flak for its new logo.

Now it’s looking to regain the spotlight it once held almost a decade ago with the release of Firefox Quantum, a new web browser with a fresh design and some unique productivity tools. Mozilla isn’t being shy about wanting to convert Chrome users—there are comparisons to Google’s web browser everywhere you look on its site.

Are the improvements enough for me to recommend Firefox over Chrome? Here are my thoughts on testing the new browser.

Before I write about my experience using Quantum, I should disclose that I’m a longtime Chrome user. I’ve always put Mozilla on my devices as a backup should I run into problems, but it’s never done enough to convince me to leave the speed and clean design of the internet’s most popular browser.

The moment I opened the new browser I knew that could change. Firefox’s web design got a much-needed overhaul and looks clean and modern. Typefaces are large, lines are cleaned up, and all its features are hidden, putting the spotlight where it should be: on the webpage content. It actually reminds me a lot of Microsoft Edge. Stay with me, that isn’t a bad thing in this case. In fact, I’d say Firefox now looks as good or better than Chrome. It even correctly scaled content on the 3,200 x 1,800 display of my XPS 13, a task no web browser has perfected yet.

Apart from its clean looks, the best reason to reconsider Firefox is for its speed. The company says it overhauled its core engine to more than double the speed of web browsing. The difference was immediately noticeable. Mozilla handled everything I threw at it, quickly loading multiple tabs with ease. I didn’t see a huge difference between it and Chrome but considering Chrome’s track record, that’s a big win for Mozilla. Oh, and Firefox Quantum should put less stress on your machine, supposedly using 30 percent less memory than the power-hungry Chrome.

That’s already reason enough for me to recommend Quantum but it’s the added features that put me on the verge of switching for good. There are a bunch of little tools to play around with. I’ll highlight my two favorites: screengrab and pocket. The built-in screengrab feature lets you take a screenshot of a full webpage or just all visible content, or you can click and drag to manually select an area. Pocket lets you store web pages and videos all in one place and will now recommend specific articles in new tabs based on your browsing history. It’s a useful tool for keeping up with the news and finding new content. (You can likewise get the Pocket extension on Chrome.)

There’s a lot of good in Quantum but I do have a few complaints. Some of the settings menus are convoluted—there are too many options to search through—and some visual bugs need to be worked out. For example the top score bar on ESPN didn’t always load correctly.

In its defense, it’s only day 1, but you’d expect these problems to be solved in beta.

For some, that could be a deal-breaker but I wouldn’t be so quick to judge. If you’re looking for an alternative to Chrome, or want to switch full-time, give Quantum a chance—it’s blistering fast and looks great.

Will I abandon Chrome? I’m going to switch between the two over the next few days and see which one emerges. The fact that I’m even considering a switch is proof that Firefox Quantum puts Mozilla back in the game.