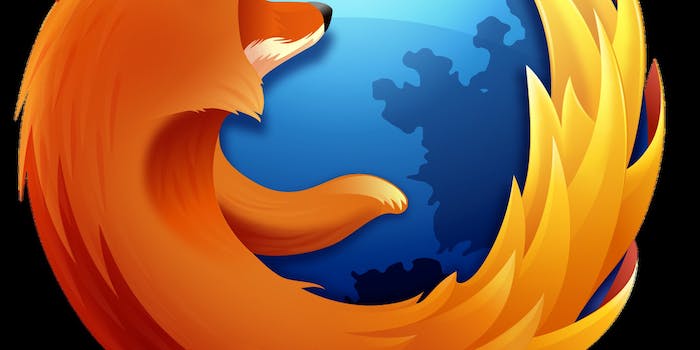 In a statement to Forbes, Mozilla claimed, "CISPA has a broad and alarming reach that goes far beyond Internet security."

Perhaps the most glaring difference between the Stop Online Piracy Act (CISPA) and Cyber Intelligence Security Protection Act (CISPA) is how major Internet companies have reacted to them–much to Web activists’ chagrin.

Almost everyone, it seemed, joined the online fight against SOPA. But those same companies have been uncharacteristically quiet—and some even supportive—of CISPA.

Mozilla, creators of Firefox, finally issued a screed against CISPA Tuesday evening, believed to be the first major Internet company to do so. In a statement to Forbes, a Mozilla representative wrote:

While we wholeheartedly support a more secure Internet, CISPA has a broad and alarming reach that goes far beyond Internet security. The bill infringes on our privacy, includes vague definitions of cybersecurity, and grants immunities to companies and government that are too broad around information misuse. We hope the Senate takes the time to fully and openly consider these issues with stakeholder input before moving forward with this legislation.

Those criticisms aren’t anything new. That’s essentially what the Electronic Frontier Foundation warned about CISPA in November. The White House levelled similar charges when it threatened to veto the bill if it reaches President Obama’s desk without substantial changes.

What is new is that most companies who regularly interact with their users are either supporters of CISPA or refuse to fight it. Facebook, though it expressed reservations, has written explicitly in favor of the bill because it could make their security stronger. Google doesn’t have a public stance on CISPA but has quietly acknowledged it lobbied on the bill’s behalf. Reddit acknowledges and even supports its users’ concerns with the bill, but refuses to officially condemn it.

Each of these companies protested SOPA in January. Google, Reddit, and Mozilla blacked out their sites to stress the bill’s importance to their users, and Facebook sent a strongly worded status update from founder Mark Zuckerburg.