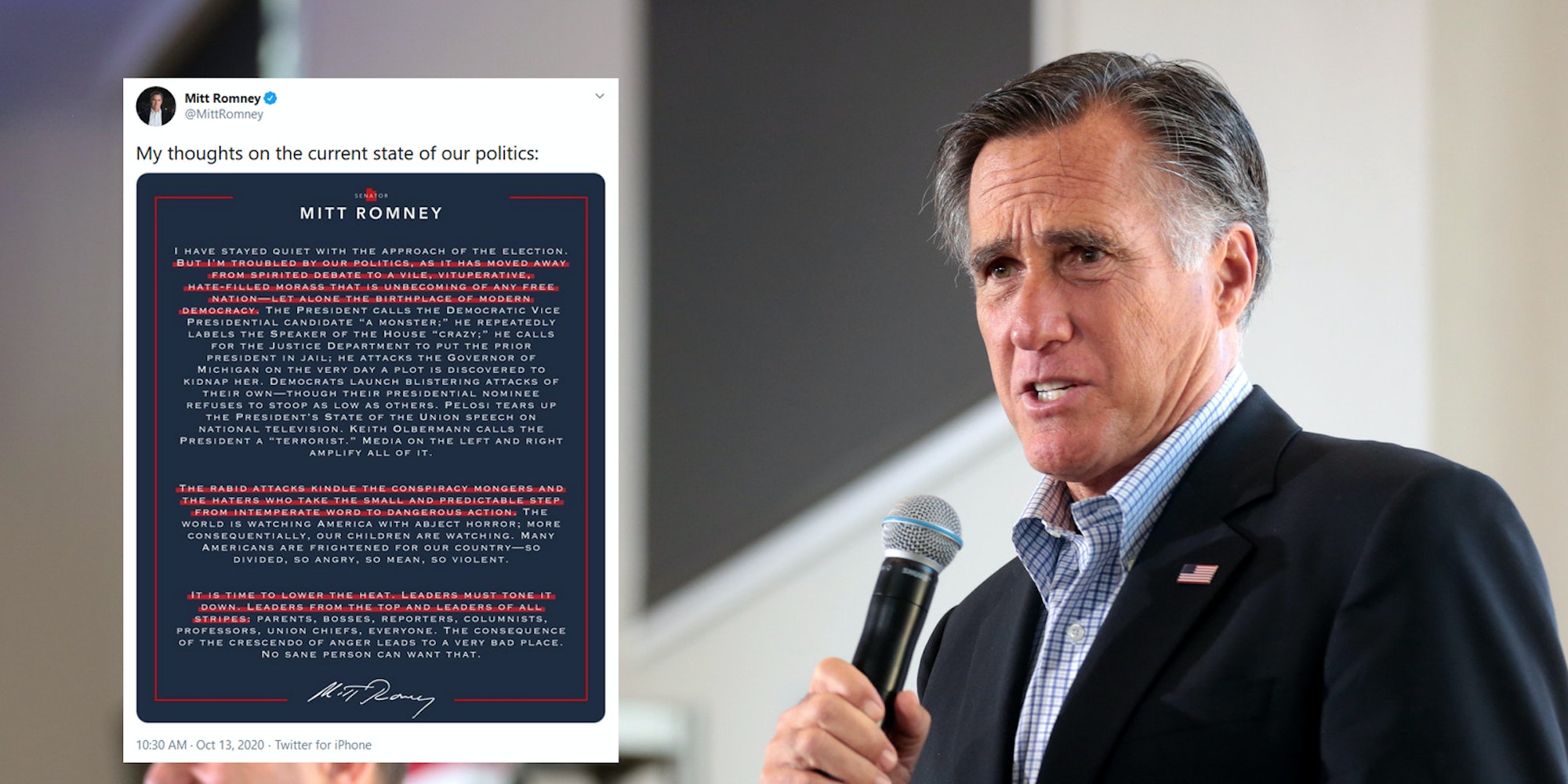 What did he think would happen?

Sen. Mitt Romney (R-Utah) attempted to criticize the “hate-filled morass” that political discourse in the country has become—and predictably he is being dunked on by people online.