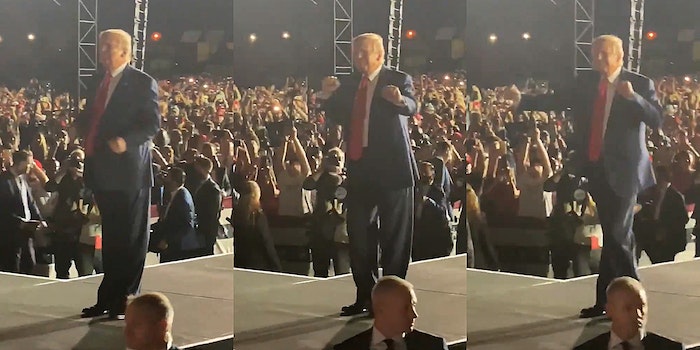 You’ll never unsee this video of Trump dancing to ‘Y.M.C.A.’ at his rally

President Donald Trump claimed immunity to COVID-19 and promised—threatened?—to “kiss everyone in that audience” during his Monday night rally in Florida, his first since being diagnosed with COVID-19 earlier this month. As with all Trump rallies, its contents were freewheeling, garish, and only loosely tethered to reality.